Manns Harbor, N.C. — Workers grinding and chipping old paint and rust away from the hull, decks and inner compartments of the passenger ferry Carteret added to the layer of dust that had settled over the 26-year-old ship the week before Thanksgiving.

​The 771-gross-ton vessel is right at the age when Ferry Division Director Ed Goodwin would like to start looking for a replacement. Propped up on blocks inside the massive paint building at North Carolina's state shipyard, the ferry is midway through an overhaul that the U.S. Coast Guard requires of ferries every two-and-a-half years. After thinning steel has been replaced, engines rebuilt, dust washed away and fresh coats of paint applied inside and out, some six months and more than 10,000 hours of labor will have gone into the refit.

When the process is finished sometime in the spring, the Carteret will begin moving cars and passengers between the mainland and the Outer Banks again.

This likely won't be the last time the Carteret undergoes such an overhaul. The money to replace the fleet's oldest vessels has been hard to come by since a 2013 change to how North Carolina doles out transportation dollars that has state, local and regional officials in something of a stalemate over ferry replacement funding.

Age and the thousands of cars that have rolled on and off ferries take their tolls, as does the saltwater-tossing waves.

"It gets age on it, and you start worrying about the reliability of the vessels," he said.

As Goodwin talked, repair crews were tending to the Silver Lake, one of two 50-year-old ferries in North Carolina's fleet that had to miss a run from Ocracoke to Swan Quarter due to a maintenance issue.

The average age of North Carolina's 22-ship ferry fleet is just under 22 years old, with more than half of them over 20. Of the three classes of ships – smaller Hatteras-class ferries, mid-sized River class and the large Sound class – the Sound-class vessels average out to be the oldest at 26 years.

As vessels age, the refits take longer and get more expensive, Goodwin said. While the workers who keep North Carolina's ferries ship shape say they're confident in their work and their ferries, Goodwin said the day could come when one of the aging ships is simply no longer fit for service.

"I am concerned about that because the buck stops at my desk," he said. "If that ferry boat has a problem and goes down, God forbid, and then it will be my fault. I hope it never comes to that. We're mindful of that. The Coast Guard inspects these boats on a regular basis, our crews are in and out of them, and we constantly work on these things. Maintenance on boats that run as hard as these boats run every day is extreme." 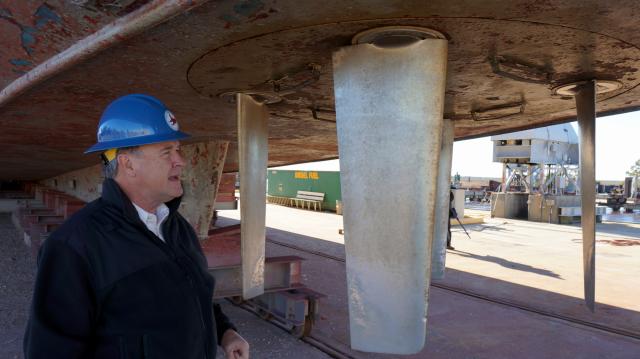 The state has one ferry in the pipeline, although no contracts have been awarded. Money was set aside to build a new ferry before 2013, when North Carolina changed the way it distributed transportation funding. That's when lawmakers designed the Strategic Mobility Formula to bypass political decision-makers and send money where engineering and traffic demands were the highest.

It divides road funding into three pots: funding for expensive projects of statewide importance, funding for regionally important projects and funding handed down to local metropolitan planning organizations for projects of local significance.

While lawmakers and other top leaders give the system positive reviews, coastal legislators and residents say that ferries are stuck betwixt and between.

Under the new transportation formula, the General Assembly will no longer simply appropriate the money for a new ferry, and to qualify for funding from one of the three pots, a project has to score highly on a set of engineering and traffic criteria. It's hard – if not impossible – for ferries to meet the test for statewide or regional funding because they serve a local area and their busy summer season is offset by slower winters.

The Ferry Division is allowed to find the money in its own roughly $40 million operating budget to buy a replacement ferry, but Goodwin said that would entail cutting back on the number of crossings offered.

That leaves local regional planning organizations faced with a choice of diverting money that would otherwise go to road paving or bridge repairs to ferries or increasing tolls. The last time the Ferry Division raised toll rates was August 2002, when the fare for two of the routes to Ocracoke went from $10 to $15. The Southport-to-Fort Fisher route went from $3 to $5 at the same time. Other routes have never had tolls.

"These are floating bridges that sustain existing highways," said Rep. Paul Tine, U-Dare, who has been advocating for the General Assembly to provide a steady source of replacement funding for the Ferry Division.

Tine argues that adding or raising tolls will hurt commuters, particularly lower-income workers, and drive away tourists, who will look for less expensive options if they keep encountering fees for crossing the water.

Due to changes in the depth of the channels, ferries have to take longer routes to Ocracoke, meaning the service can run fewer trips every day. That's hurt the economy on the island, Tine said, and he argues additional costs would further dampen the economy.

The House version of the state budget would have made an exception for ferry replacement funding in the Strategic Mobility Formula. That exception didn't make it into the final version of the bill, in part due to push-back from senators who have said the state should not roll back a funding formula that is working.

North Carolina derives much of its transportation funding from the gas tax, a source that is proving less reliable as cars get more fuel-efficient and road-building needs increase. Rabon points out that, while drivers going over a bridge are burning gas and by extension paying the gas tax, those on a ferry have their engines shut off.

"We have to look at alternative ways to grow our system," he said, pointing to newly built sections of highways such as N.C. Highway 540 around Raleigh and the new Currituck Bridge, which will be tolled.

Tine and other House lawmakers insist they will take another run at finding a way to pay for new ferries without new tolls. But while Rabon says he and other senators are always willing to listen to their House counterparts, he doesn't foresee any big changes.

"Someone may come up with a more convincing idea or a better argument," he said. 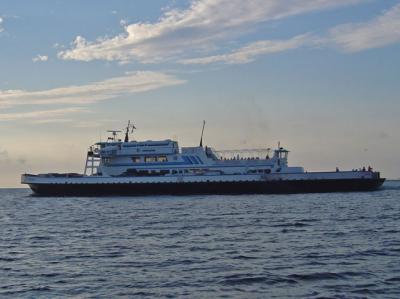 With lawmakers offering a sliver of hope for renewed state support, there has been something of a stalemate on the local level.

Dare County has voted to support new tolls on the currently un-tolled Hatteras-to-Ocracoke run, while Hyde County and other counties have remained opposed, at least for the time being.

When the Albemarle Rural Planning Organization, a group of local governments that oversees transportation planning over a large swath of coastal North Carolina, met on Oct. 21, members talked about the issue for more than an hour but reached no consensus.

"If you toll just that one route, could you bring in enough for $100 million in needs for the Ferry Division?" asked Angela Welsh, the RPO's planning director and coordinator.

The answer is probably not, at least not a one-way fee that anyone could stomach.

The RPO does have the option of dipping into its local allocation handed down as part of the Strategic Mobility Formula, but a single ferry would soak up roughly half of the $32 million budget, leaving that much less for road projects spread out over the remainder of 10 counties.

Rabon said ferry replacement costs should have been anticipated.

"As a prudent business person, you should have some sort of sinking fund, no pun intended, to replace this and that," Rabon said. "We need to get businesslike in the way we approach things."

Goodwin doesn't disagree, but said the state is so far behind in its replacement funding that something needs to be done to help catch up.

One possibility the state is studying is passenger-only ferries that would be cheaper to buy – about $2 million apiece – easier to maintain and run more quickly between terminals. That study is due back before the end of the year. While passenger ferries would address commuter issues, they could also help alleviate tourist traffic to destinations such as Ocracoke.

"I think that's the future of it," Goodwin said.

In the meantime, the roughly 70 workers at the shipyard say they will keep the ferries safe. At any one time, it's typical for five or six ferries to be hauled up out of the water at the shipyard. A system of rails, not unlike railroad tracks, move the boats around to various work areas so that crews can scan, sand and otherwise work on the vessels.

When boats come in for their regular refits, they're scanned by sonograms not unlike those used to look at the baby inside an expectant mother. Thinning steel gets replaced. Much of the boat's inner-workings are dismantled and cleaned. Replacement pieces for worn parts, such as the drive shafts that transfer power from the engine to propellers, are manufactured at the shipyard and installed.

"I know they're safe because of what we're doing," Brown said. 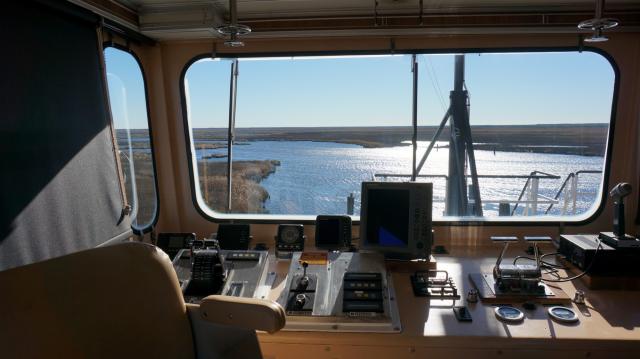