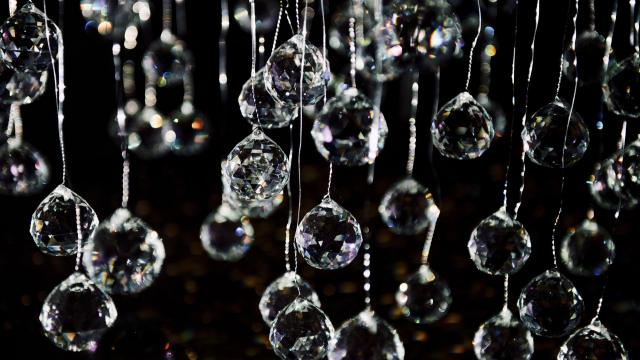 NEW YORK — What good is an art collection if a museum doesn’t shake it up once in a while? The Museum of Modern Art has increasingly been acting on this principle. Its latest upending is “The Long Run,” a yearlong installation that is utterly engaging if slightly mild: around 130 works of art spread throughout the galleries and hallways of its fourth floor. With a couple of exceptions, these works have been made since 1970 by, as the title implies, artists with careers of some length.

The presentation forsakes the myth of modernism that the Modern is identified with — of art as ceaseless progress fomented almost entirely by the innovations of ambitious young (white) men. Instead, it focuses on artists, some famous, some not so famous — Lari Pittman, Ernie Gehr, Joan Jonas — who have just kept on making art, regardless of attention or affirmation, sometimes saving the best for last. The focus here is on art as an older person’s game, a pursuit less of innovation than of authenticity and a deepening personal vision.

The show’s 15 galleries swing energetically between what are essentially small solo exhibitions of works by artists the Modern collects in depth — Jasper Johns, Agnes Martin, Cy Twombly, Gego and David Hammons, who looks great here as both sculptor and painter — and thematic groupings of artists usually represented in the collection by far fewer works, sometimes only one or two. Whatever the category, everything here was made by an artist who was at least 45 — and usually quite a bit older. The oldest is Georgia O’Keeffe, whose seeming abstraction of a white plane receding into blue, titled “From a Day With Juan II,” was made in 1977, when she was 90, and is inspired by the Washington Monument. The painting appears in “The City,” one of the early thematic galleries, among works by Kerry James Marshall, Romare Bearden and Gehr. A sidebar space is devoted to 11 photographs of New York City street scenes from 1971-81 by the great Helen Levitt (1913-2009), whose gritty poetry hovers ineluctably between color and black and white.

Attention is paid to “late styles,” those unexpected bursts of fresh creativity that some artists summon toward the very ends of their lives, typically in their 70s or 80s. In fact, the show opens with two celebrated examples. In the first gallery stands “Articulated Lair” (1986), a disturbing environment by Louise Bourgeois, who didn’t really begin her mature work until she was past 60. Black on the outside, this folded-screen circle, made of old doors, is mostly blue and white inside. It’s like stepping into a beautiful mind, but dark thoughts intrude in the form of hanging black shapes that conjure sausages, clubs and sides of beef. The next gallery features Philip Guston’s late style, surrounding us with the brazenly cartoonish, exuberantly tormented figurative works that this apostatic abstract expressionist took up in the late 1960s — to the almost universal consternation of the art world — and pursued until his death in 1980. Enormous cherry still lifes and loony faces, macabre chorus lines of legs, hapless-looking Ku Klux Klan figures: These paintings deliver a sardonic commentary on art, art-making, politics and life that never goes out of style.

The exhibition is also an opportunity to show off some recent acquisitions. One of the latest is Jonas’ “Reanimation,” a majestic yet intimate video-sculpture installation that mixes Arctic landscapes, folk tales, music (by Jason Moran), moving lights and hanging glass, along with views of the artist’s hands, improvising art for the camera. It is near the very end of “The Long Run,” just before the final gallery, where eight of Vija Celmins’ mezzotints of infinite starry nights and ocean waves — also new to the collection — form the serene final fade-out of the show, which has been organized by Paulina Pobocha, an associate curator, and Cara Manes, an assistant curator, in consultation with their department head, Ann Temkin, chief curator of painting and sculpture. Interestingly, as the aura and familiarity of MoMA-anointed landmarks ebbs and flows, you may find yourself on your own, responding in less filtered ways to what you see. This should occur more frequently, as the museum’s scope becomes increasingly global.

In the show’s third gallery, aptly titled “Rampant Abstraction,” color reigns supreme, and vying for your attention are paintings by Elizabeth Murray, Willem de Kooning, Alma Thomas and Shirley Jaffe. But I was drawn to an effortless, thrilling abstraction full of floating light that I couldn’t identify. Its stack of broad white strokes over brighter colors might almost coalesce into the clouds and sky of a church ceiling by Tiepolo or Goya, but the thickness of the paint brings the work down to earth — and the modern world — with no loss of buoyancy. It is a painting that New Yorker Ed Clark made in 2009, when he was in his early 80s, having devoted most of his long career to handling large brushes and gorgeous color with the matter-of-fact, quietly flamboyant flair seen here. The Modern acquired the work, its first and only Clark, in 2014.

Other artists in the new-acquisitions category include Thomas and the brilliant assemblage sculptor John Outterbridge. All three of these artists are black, and their belated entry into the collection represents some important course correction on the museum’s part.

The lively, almost noisy exchanges in the “Rampant Abstraction” and “The City” sections are followed by two high-level palate cleansers. First comes a gallery devoted to Martin’s six-canvas work from 1997, resonantly titled “With My Back to the World.” It is worth waiting the few minutes as the paintings’ bands of palest yellow, blue and pink start to bloom. Second, in the next gallery, is Twombly’s “The Four Seasons: Spring, Summer, Autumn and Winter,” from 1993-94, four tall white canvases each of whose marks, colors and scrawled words leave little doubt as to the time of year.

From here, the display reverts to a more hierarchical MoMA mode with the gallery “The Sixties Generation: Color, Form, Pop,” where the curators invite us to consider or reconsider the later efforts of artist stars like Frank Stella, Andy Warhol, Ed Ruscha and James Rosenquist. The day is unequivocally carried by Roy Lichtenstein’s crisp, boldly scaled “Interior With Mobile” (1992), made five years before his death, and Bruce Nauman’s “Dirty Joke” (1987), a two-channel hanging video sculpture. The video features a human jester — a Judy in fabulous green and orange makeup — who waves about a puppet of Punch and fills the gallery with peals of what easily passes as feminist laughter directed at great-man art history.

Things improve with solo presentations of works by Gego, Martin Puryear and Hammons — his art is footnoted by a small 1938 wall piece made from found materials by Kurt Schwitters, one of the inventors of assemblage. Then there is another group take on the 1960s, but with more thematic power and topicality. Despite its rather flat-footed title, this section, “The Sixties Generation: Materials and Processes,” dwells on the apocalypse. The theme is set by Robert Morris’ mural-size charcoal drawing, from his “Firestorm” series, and its frightening accompanying text, which, especially, makes everything in the gallery click into ominous alignment. Black-and-white works by Robert Ryman, Richard Serra and Joseph Beuys suggest bombs, white light and flattened horizons. An On Kawara “date painting” specifies the time: April 24, 1990. The sewn-fabric drawings of Geta Bratescu insinuate melting faces, while Melvin Edwards’ potent little “Lynch Fragment” wall sculptures imply further violence. And in the middle of it all, an untitled hanging sculpture by Lee Bontecou portrays the explosion itself, albeit with insuperable elegance, as if in slow motion.

After this, a more contemplative mood prevails. An especially handsome gallery features eight paintings from Gerhard Richter’s “Woods” series, which, while abstract, conjure the light, shadows, trees, streams and vines of nature; in their midst, Rosemarie Trockel’s “Copy Me,” a long, rusty-steel cast of a suitably corporate sofa, mockingly restores museum decorum.

And, in the adjacent gallery, Jasper Johns, now 87, is represented by over 30 years of his peripatetic late style, from “Between the Clock and the Bed” (1981), with its intimations of a figure and spreading light amid abstract hatch marks (its identically titled inspiration, by Edvard Munch, is on view at the Met Breuer) to “Regrets” (2013), a large, dark, dense work that circles back toward abstraction. In between, an untitled work from 1992-95 — it layers together the floor plan of the farmhouse belonging to Johns’ grandfather with the silhouette of a child and a swirling galaxy — sets the stage for Jonas’ dreamscape next door. I almost always leave the Modern’s attempts to take liberties with its collection feeling that it could have taken more. First, the show is much too New York-centric in its artists. The museum has great works by Jim Nutt, Chris Ofili and Jess that would have fit the conditions set here. And it is embarrassing that Thomas is the show’s sole black female artist. Why is “40 Acres of Mules,” the museum’s large 2015 charcoal drawing by Kara Walker, not here? Because its depictions of nudity and strange interactions might disturb some visitors? That’s no excuse.

Also, let’s not forget one of modernism’s very longest runners, and the museum’s in-house colossus: Picasso. The Modern hasn’t shown much interest in that erstwhile cubist’s late styles, to say the least. It owns just two works from after 1950, and only one that qualifies for this presentation: the 1971 “At Work,” which shows the artist looking like a rather melancholy, reptilian musketeer, seeming to point his sword at two drawings beneath his feet. The painting was an offer the museum could not refuse: a 1985 gift from the artist’s widow, Jacqueline Picasso, “in honor of the museum’s continuous commitment to Pablo Picasso’s art.” There are many signs that the Modern is trying to get out of its comfort zone. Surely embracing the work of its foundational artist continuously, from start to finish, is among them.