MoMA Director to Stay Through 2025 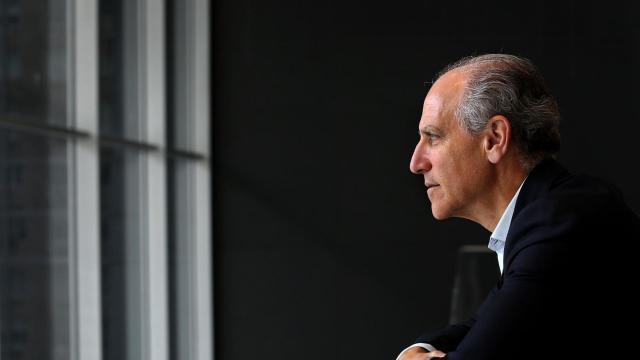 NEW YORK — Glenn D. Lowry, director of the Museum of Modern Art, will remain in his post for another seven years, leading New York’s most significant institution of 20th- and 21st-century art through 2025. Lowry and the MoMA board have agreed to an extension that will make him the longest-serving director since the museum opened in 1929.

Staff members at MoMA and its sister institution, PS1, learned of the agreement in an email from Leon Black, the chairman of MoMA’s board, and Ronnie Heyman, the board’s president. “This assures outstanding leadership through our transformative expansion and beyond,” they wrote to the museum’s 750 employees.

While Lowry, 64, was already on board to pilot the museum through 2020, just past the opening of its expanded facility next fall, he may now remain in the director’s office until his early 70s.

The extension comes as a surprise, since MoMA had long had a policy that “chief curators and other senior managers” should retire at 65. In a 2014 interview with The New York Times, Lowry said he planned to respect the rule. “We have a policy of senior staff at this institution retiring at or around 65, and I don’t intend to break that policy,” he said. “I’ll do my best between now and then.”

At some point this year, the board decided to eliminate the policy because “it doesn’t offer enough flexibility to strategically recruit and retain a talented and experienced work force,” according to Amanda Hicks, a spokeswoman for the museum. The board’s two principal figures said that keeping Lowry on was in the museum’s best interest. “There is no better leader with whom we can expand upon MoMA’s success,” Heyman said Friday.

Lowry, a scholar of Islamic art and former director of the Art Gallery of Ontario in Toronto, was 40 when he took over as MoMA’s sixth director in 1995. Under his leadership, the museum’s endowment has quadrupled, to just under $1 billion. In 1999, MoMA merged with PS1, the experimental art center in Queens, and its principal home on West 53rd Street has expanded twice: first into the present building, which opened in 2004, and next year into an expanded campus designed by the firm Diller Scofidio + Renfro. Attendance has shot up, the collection has grown and diversified, and admission fees have climbed, too — to $20 in 2004 and to $25 in 2011.

He has won praise for his fundraising skills, his management of large-scale building projects, and his global outlook, even as he has faced criticism for an expansionist mentality and protests from employees over wages and benefits. (Lowry, one of the museum world’s highest-paid executives, was awarded about $2.2 million in salary, bonus and benefits for the 2017 fiscal year.)

The museum faced strong opposition in 2014 to initial designs for the expansion that called for the destruction of a neighboring building, the former home of the American Folk Art Museum. MoMA made significant changes to those designs, but the Folk Art Museum did come down.

In the last few years, the museum has presented acclaimed exhibitions of Sigmar Polke, Isa Genzken, Bruce Conner, Marcel Broodthaers and Adrian Piper. In 2017, days after President Donald Trump’s inauguration, Lowry also signed off on a decision by curators to rehang MoMA’s permanent collection with works by artists from the Muslim-majority nations subject to a travel ban.

The retention of Lowry seems to offer a measure of stability at a moment of considerable turnover among MoMA’s senior staff. Kathy Halbreich, its associate director, left this year, followed by Klaus Biesenbach, director of MoMA PS1, and Laura Hoptman, a curator of painting and sculpture. Quentin Bajac, chief curator of the museum’s photography department, has announced plans to take a new position.