Moderna expects vaccine will be protective against variants, but will test boosters to improve immunity 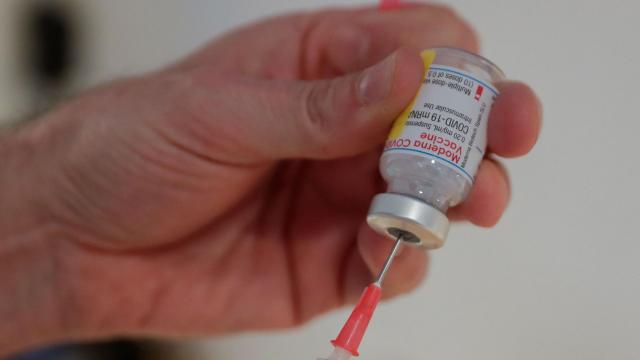 CNN — The Moderna Covid-19 vaccine created antibodies that neutralized coronavirus variants first found in the United Kingdom and South Africa, the company said in a news release on Monday.

But there are concerns that the vaccine may have a somewhat decreased efficacy against the strain first spotted in South Africa, and Moderna is working on a booster aimed at fighting it.

Two doses of the vaccine are "expected to be protective against emerging strains detected to date," according to the release.

The company's study showed that the variant first found in the UK had "no significant impact" on the vaccine's effectiveness.

But in the press release, Moderna noted that "a six-fold reduction in neutralizing titers was observed with (the variant discovered in South Africa) relative to prior variants."

The company said the vaccine was still expected to be effective.

"Despite this reduction, neutralizing titer levels with (the variant discovered in South Africa) remain above levels that are expected to be protective," according to the press release.

David Montefiori, a virologist at Duke University Medical Center, said while he's "cautiously optimistic" Moderna's vaccine will work well against this strain, he's still not sure.

"The efficacy might be reduced somewhat, but it may still be very effective," he said. "Hopefully the vaccine will still be 70-80% effective."

The variant first identified in the UK has appeared in more than 45 other countries, including 195 cases in the US.

The variant first identified in South Africa has appeared in more than 20 other countries. No cases have been identified in the US, but experts say it's likely there are cases and US surveillance, which has been widely criticized, has not yet found them.

Moderna will test whether an additional booster dose of its Covid-19 vaccine can help protect against emerging variants of the coronavirus, the company said Monday.

The company said that while two doses of its vaccine are expected to be protective against emerging strains detected to date, it expects another dose will be able to boost the vaccine's neutralizing ability.

The company also said it is developing a new Covid-19 booster vaccine to protect against a variant of the coronavirus first spotted in South Africa. The company plans to first test the vaccine in the lab and in a small, Phase 1 clinical trial in the US.

"Out of an abundance of caution and leveraging the flexibility of our mRNA platform, we are advancing an emerging variant booster candidate against the variant first identified in the Republic of South Africa into the clinic to determine if it will be more effective to boost titers against this and potentially future variants," Moderna's CEO Stephane Bancel said.