DAVID BROOKS: What moderate and progressive Democrats need to do? Get together! 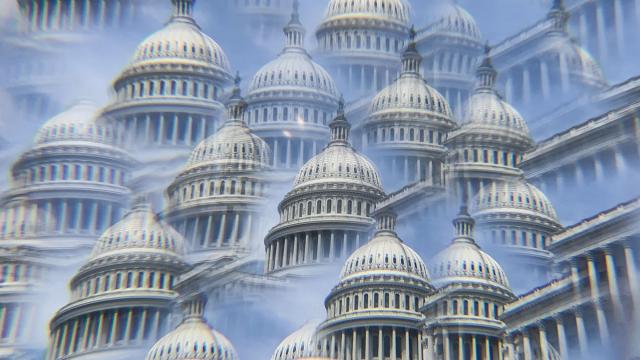 EDITOR'S NOTE: David Brooks has been a columnist with The Times since 2003. He is the author of “The Road to Character” and, most recently, “The Second Mountain.”

The Biden administration is in mortal peril. Hemmed in by circumstances, the Democrats bet nearly their entire domestic agenda on the passage of two gigantic bills, the trillion-dollar infrastructure package and the $3.5 trillion reconciliation package.

Both are now in serious trouble because Democratic moderates and progressives aren’t close to agreeing on what should be in the bills, how much they should cost or even when they should be voted on. If these bills crumble, the Democrats will fail as a governing majority, and it will be far more likely that Donald Trump will win the presidency in 2024.

We don’t want that, so the question is, how can moderate and progressive Democrats create a package they both can live with? The best way to do that is to build on each side’s best insights.

The best progressive insight is that we need a really big package right now.

Joe Manchin, a leading moderate, argues that the $3.5 trillion package is too big. The economy is already growing. Inflation is already rising. The national debt is already gigantic. We don’t need another flood of deficit-bulging spending. We should pause to think this through.

The American people largely agree with Manchin. A No Labels poll revealed that 64% of Americans living in suburbs support a strategic pause while only 36% oppose one (in urban areas, 53% support large-scale welfare spending now while 47% support a pause).

But Manchin and those people supporting his position are missing the big picture. We’re a nation in decline. We’re in decline because we have become a wildly unequal, class-rived society in which tens of millions of people feel alienated, disillusioned, distrustful and left out.

The progressives have a strategy to reverse American decline: Redistribute money to people without a college degree. Make health care more affordable so people have a stable foundation upon which to build their lives. Offer child tax credits so parents have more options. Expand free public education by four years so the coming generations are better equipped.

That’s a plausible strategy and the time to enact it is now. There are rare critical junctures in history. COVID has exposed the tears in the American social fabric and made Americans more enthusiastic about government spending. If we can add, say, $4 trillion to the roughly $5.3 trillion in COVID-relief spending that already passed, we’ll at least have made a giant effort to heal the ruptures bedeviling American society.

The key moderate insight is that we’re America, not Europe. We are mostly an immigrant-fueled, frontier nation. We place a lot of value on individual striving, hard work and mobility. We are hostile to centralized power. These values have made America more unequal and crueler than Europe but also much richer, more innovative and more productive.

The moderates are right to point out that a newly expanded welfare state should flow along the grain of American values and not against it.

We should not be doling out huge benefits to people without asking anything from them in return, like work and education requirements. A recent YouGov/American Compass poll found that only 28% of voters said they supported a permanent child tax credit that went to people regardless of whether they work. The history of welfare reform over the past few decades shows that there are better outcomes for kids when governments help parents join the labor force.

We should not be centralizing power in Washington, pouring more money into federal programs that badly need reform or rigging personal choices to fit the preferences of the professional class. There is a lot of evidence to suggest that high-quality pre-K education for kids 3 to 5 years old can produce long-term gains. But Head Start has been ailing for decades and needs to be transformed, not reinforced. Even we champions of early childhood education have to admit that there’s some evidence that when done badly it can have negative or no effects. Government should give parents more resources to make decisions based on what’s best for their own children.

We should not be under the illusion that we’re going to create a European-style welfare state on this side of the Atlantic. The Danes were apparently happy to devote 46% of their GDP to taxes in 2019, to contribute to their welfare provisions. In America the 50-year average federal tax revenue-to-GDP ratio was 17%, and as James Pethokoukis points out in his column in The Week, even if the Democratic bills passed, it would go up to only 19% in the coming decade. Americans prefer to control their own resources, and so we’re never going to have the kind of cradle-to-grave system Europeans are content with.

The upshot is that we need a big jolt to heal the nation, but every plank should be about building a society in which if you work hard you will get ahead. We should ditch provisions like Medicare expansion and double down on pre-K, community colleges, infrastructure, green energy jobs and the child tax credit.

The theme should not be cradle-to-grave security. It should be giving people an open field and fair chance to be better capitalists, pioneers of their own destinies. America will reverse decline with a measure that is progressive in its scope and moderate in its values.