Mississippi’s Era of Outsize Clout in Washington Is Waning 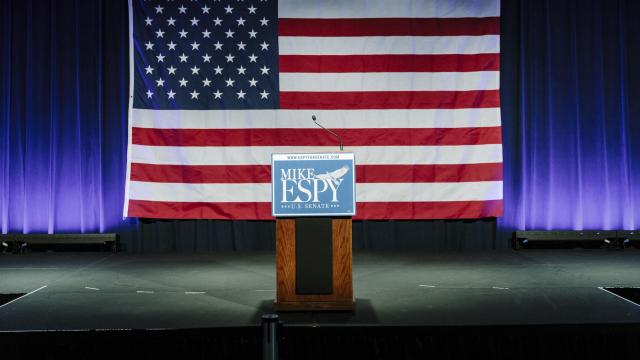 OXFORD, Miss. — It is difficult to miss Mississippi’s trophies of power.

There is the Thad Cochran Research Center, standing just off the University of Mississippi’s tailgating hub, and in Hattiesburg, the Trent Lott National Center for Excellence in Economic Development and Entrepreneurship. Close to the Arkansas border, the Jamie Whitten Delta States Research Center towers over rural Washington County. And hundreds of miles toward the coast, the John C. Stennis Space Center fills almost 14,000 acres.

Few states have held as much outsize clout on Capitol Hill over the last half-century as Mississippi — power that brought billions of federal dollars to the nation’s poorest state and gave its relatively small population of about 3 million residents sweeping sway in Washington. But the era of far-reaching Mississippi influence is waning.

When Congress convenes in January, just two of the state’s six lawmakers will have held their seats for at least a decade, a peril in a capital where seniority often rules. And Tuesday’s special runoff election to fill the seat of Cochran, who headed the Appropriations Committee at the end of his 45-year career in Congress, was a measure of how the state’s stature has changed: In contrast to Cochran’s last campaign four years ago, the recent race won by Sen. Cindy Hyde-Smith scarcely focused on how candidates would be able to bend Washington to Mississippi’s wishes.

“We could suffer tremendously,” said state Sen. Willie Simmons, a Democrat whose district runs through the chronically impoverished Delta. “Mississippi, although it’s a small, rural state, has a history of being in the right place at the right time as far as the federal government is concerned.”

But Mississippi’s extraordinary accrual of power was more than mere luck. It was also a product of parliamentary tradition, cultivated alliances in Washington and the political rhythms of a sparsely populated state with little apparent desire for congressional turnover — all of which is now at risk of being diluted with a less-powerful federal delegation. Indeed, the South as a whole was famous for accumulating congressional seniority throughout the 20th century, so much so that the journalist William S. White wrote in the 1950s, “The Senate might be described without too much violence to fact as the South’s unending revenge upon the North for Gettysburg.”

Few states exacted their payback like Mississippi, which sent just five senators to Washington from 1941 until Cochran resigned in April 2018. They also gained clout in the House by repeatedly returning lawmakers like Whitten and G.V. Montgomery, known as Sonny. For a spell in the late 1980s, Stennis and Whitten were simultaneously leading the appropriations committees in their chambers, an extraordinary concentration of power for one state.

“What Mississippians have done, and we’ve lost a beat or two recently, is elect really good people and keep them there,” said Lott, who was first elected to the House in 1972 and served as the Senate Republican leader — only after jousting with Cochran for the post.

The Mississippi delegation, Lott noted, will hardly be without influence in January.

Sen. Roger Wicker, who took Lott’s seat, is the incoming chairman of the Commerce Committee, which has broad jurisdiction over issues ranging from broadband to rail. And Wicker is second in line on the Senate Armed Services Committee, an important panel in a state with multiple military installations and a large shipyard on the Gulf Coast.

Further, once Democrats assume power in the House, Rep. Bennie Thompson is poised to take over the Homeland Security Committee.

But some fear that those posts will not deliver as many perks for a state long accustomed to them.

“Elected officials and the business leadership in Mississippi have taken for granted a lot of the ways to get things done in Mississippi because of people like Thad Cochran,” said Ray Mabus, a former Democratic governor who was Navy secretary during the Obama administration. “I think they’re going to have to work harder and be more imaginative to get the same results.”

Daniel W. Jones, a former chancellor of the University of Mississippi, put it bluntly: “We don’t have as much firepower as we did in the past.”

Publicly, at least, few Mississippi officials are betraying grave worries about their state’s stature in Washington. Gov. Phil Bryant, who named Hyde-Smith to the Senate, said in a statement that Mississippi had “benefited from seniority with its congressional delegation over the years, and that hasn’t changed with the recent election cycle.” “Mississippi’s relationships on the Hill and in the White House are strong,” said Bryant, a Republican. “I have full faith in our congressional delegation to continue to deliver for the people of Mississippi and the country.”

An aide to Hyde-Smith similarly played down her short tenure, which has mostly drawn attention for when she said that if a particular supporter invited her to “a public hanging, I’d be on the front row.”

“Seniority in the Senate is important, but Sen. Hyde-Smith also understands that hard work and forging strong relationships is just as important to accomplish good things for Mississippi,” said Chris Gallegos, her spokesman.

And Wicker, striding through the Capitol complex on Wednesday, highlighted the positions he has gained in nearly 11 years in the Senate and played down the state’s lack of old bulls in Washington.

“That’s not something that I lie awake about,” he said.

That may be because, while seniority still counts a great deal in Washington, it does not confer the same deity-level status as in the past.

Congress has done away with earmarks, the spending projects lawmakers tucked in spending bills for their states, and committee chairmen are not the imposing barons they were before power flowed almost entirely from the leadership, as it does today in the House and the Senate.

Further, while Mississippi still suffers from grinding poverty and is deeply reliant on federal aid, the state has made private-sector gains.

“We have a much more diverse economy than most people realize,” said former Gov. Haley Barbour, pointing to a pair of auto plants and the presence of corporate titans like Raytheon, General Electric and Caterpillar. “Our economy is vastly different than it was even 25 years ago.”

But the state still suffers from deep tensions over race, and black residents still face racism as well as structural impediments that linger from Jim Crow.

And as Mississippi enters a political existence with the soft-spoken Cochran absent from public life, even residents who believe Hyde-Smith’s remarks about public hanging were misconstrued recognize the embarrassment her statement brought.

To this end, her ascent not only alarms some in Mississippi because it illustrates their diminished clout — but also because she revived nagging stereotypes and unpleasant realities about the state’s Old South tendencies.

“I don’t think many people are going to take this senator very seriously, partly because of the kind of campaign she ran, and partly because she doesn’t seem to have the heft or capacity to be an effective U.S. senator,” Mabus said. “For a small state, this is going to mean a real deal in clout, in influence and, maybe, to some extent, in reputation.” Mississippians take deep pride in pointing out that, despite their unsightly worst-in-the-nation rankings, they have long produced a disproportionate number of talented writers, artists and musicians. And, they note, the state has more black elected officials than any other in the country.

This Senate election was supposed to represent continued progress with the election of either Mississippi’s first female senator or its first black senator since Reconstruction, the Democrat Mike Espy.

But Hyde-Smith’s misstep helped obscure her own milestone.

“We can’t even get a moment of positive attention for that,” complained Lauren Stennis, an artist and the granddaughter of the former senator, pointing to the history-making options the state’s voters had before them.

And some leading Republicans believe Hyde-Smith, currently 99th in Senate seniority, could face a primary in 2020, when she is expected to seek a full term, because of her comments and single-digit victory on Tuesday.

“I think it behooves her to assume she’ll have her opponent,” said Barbour, noting that a younger Republican could make an argument about the need to elect somebody who can amass more seniority. (Hyde-Smith is 59.)

For now, some Republicans believe she ought to make a more demonstrative statement about her commitment to inclusion and try to unify the state after a difficult few weeks.

“She might do well to look at some rebuilding,” said Wicker, invoking his own efforts to build relationships with black Mississippians. Asked if his state’s ugly history put a special burden on Mississippi’s leaders to demonstrate sensitivity on matters of race, he did not hesitate.

“That may very well be one of the lessons that our team has learned,” the senior senator said.

While Wicker did not urge Hyde-Smith to mirror his position, he did note his support for one measure that may help heal old wounds: getting rid of his state’s flag, which features the Confederate battle flag.