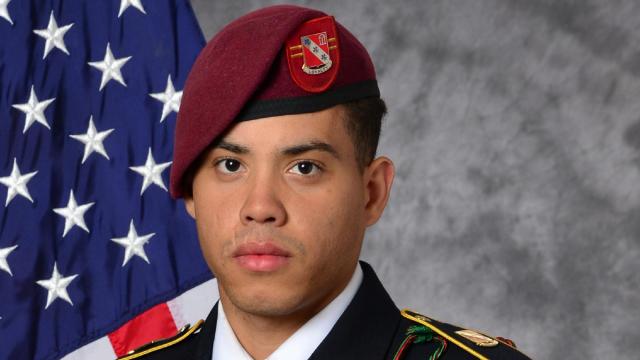 Fayetteville, N.C. — A Fort Bragg solder who had been missing for more than a week was found early Monday in Fayetteville, police said.

Sgt. Carl Seeman, 25, a member of the 2nd Battalion, 319th Airborne Field Artillery, went missing on March 25, the day before his unit deployed to the Joint Readiness Training Center at Fort Polk, Louisiana.

Seeman's 2002 Nissan Frontier pickup was found in the parking lot of a Walmart on Gillespie Street in Fayetteville. Police said his cellphone was in the truck.

Police said he was found in the Yadkin Road corridor and has been reunited with his family, but disclosed no other details.

Seeman's parents, grandfather and uncle drove to Fayetteville from their homes near Rochester, N.Y., last week to assist in the search.

"We are relieved that our Paratrooper has been located and is safe. The most urgent matter - his safety - has been satisfactorily resolved.  Once the Paratrooper has returned to his unit, his leadership will look at the totality of the circumstances and determine the proper way forward," said Lt. Col. Joe Buccino with the 82nd Airborne Division.