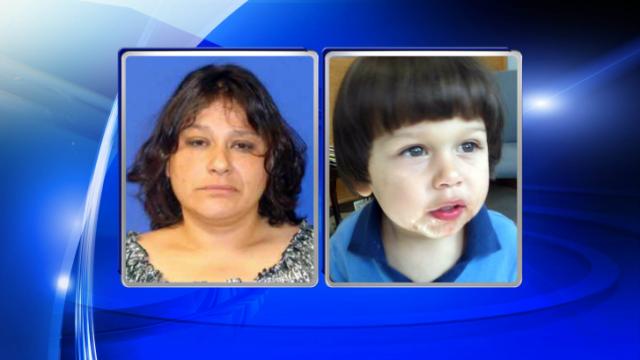 Clinton, N.C. — A two-year-old boy who was the subject of an Amber Alert was safe with authorities Friday night and his mother was released from custody.

Jeremiah Hughes was taken from a home near Clinton early Friday, authorities said. The Sampson County Sheriff's Office believed Alison Robinson Naylor, 39, and her son were in Georgia, but the two were found in Pearl, Mississippi.

Jeremiah had been removed from Naylor's custody by the Pender County Department of Social Services during a child welfare investigation, authorities said. He was placed in a home at 8056 U.S. Highway 421 near Clinton with Naylor's ex-husband and their 18-year-old son until more permanent custody could be arranged with Naylor's mother.

Authorities said Naylor forced her way into the Clinton home early Friday and took Jeremiah. When her ex-husband tried to stop her, she tried to hit him with her car, authorities said.

"He let her see her own kid because she wanted to make sure he was OK, and instead of just looking, she just walked up and grabbed him and left," said Kurt Naylor, the couple's son and Jeremiah's half-brother. "My dad tried to stop her and she bit him, and he tried to take the key out of the car while it was moving and she ran over his leg.”

Based on Alison Naylor's prior mental health treatment and the allegations that led to the DSS investigation, authorities said Jeremiah was thought to be in danger.

No charges were filed.