Miss Universe 2019: Who's competing and how to watch 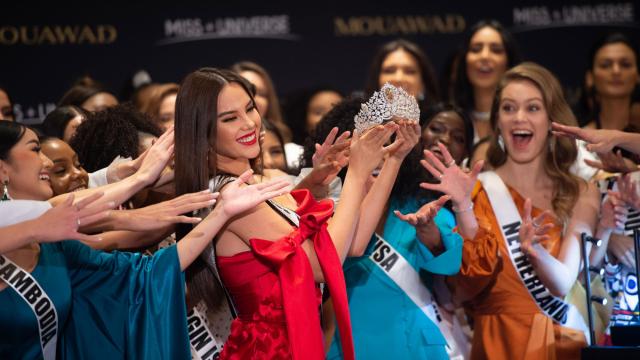 CNN — Brains, beauty, talent -- every competitor in Miss Universe 2019 has these in spades. But only one queen can reign supreme.

Women from 90 countries and territories will flaunt their style and heart in this year's pageant, hosted at Tyler Perry Studios in Atlanta.

Steve Harvey hosts the event, but a panel of seven women ultimately decide which of the 20 semifinalists best represents the pageant's "Confidently Beautiful" motto.

Miss Universe has fielded criticism for its focus on beauty, and in particular, its inclusion of a swimsuit category (the competition was founded by a swimwear company in the 1950s). But it's still a widely-watched program. Here's how to watch the finale.

The competition airs Sunday night on Fox at 7 p.m. ET, and will be simulcast in Spanish on Telemundo.

But you won't see all 90 women onstage -- the preliminary round aired Friday to select the semifinalists you'll watch Sunday night.

The result's of Friday's preliminary round will be announced during Sunday's competition, so you'll have to tune in to find out who will be vying for the coveted crown.

Miss Universe doesn't stray far from standard pageant fare -- the semifinalists will strut in swimsuits or athletic wear and, later in the show, evening gowns to demonstrate their poise and personal style.

The top six contestants answer questions about social and cultural issues, then the three who make measured, thoughtful responses move on to the final runway look before a winner is chosen.

If you missed the preliminary round, then you missed the National Costume Competition, too -- that's the round when all the competitors wear audacious designs inspired by their home nation.

It's arguably the most theatrical part of the show -- past contestants have paid homage to elephants, Transformers and a basket of bánh mì.