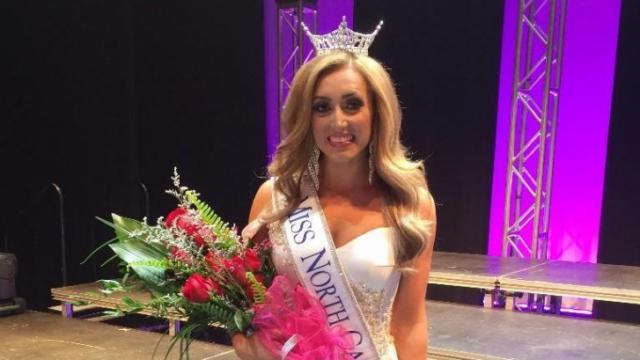 "I slept, give or take, anywhere from an hour to 30 minutes last night," Faggart said. "[The moment I was crowned] was extremely surreal - it happened so fast but so slowly at the same time. In the blink of an eye, I was Miss North Carolina."

Faggart was the winner of the Miss North Carolina Outstanding Teen pageant in 2011 and is the first person to win both contests in North Carolina.

To prepare for the pageant, she had to practice her interviewing skills, exercise and rehearse her talent - a lyrical dance performance to "Rise Up."

"I had to be ready for anything the judges would throw at me," she said.

"That's something I never thought I could say a few years ago," she said.

As it turns out, participation in pageants runs in Faggart's family. The newly-crowned Miss North Carolina first joined the Miss America organization years ago because her mother was once crowned Miss Charlotte Mecklenburg.

"I started out as an outstanding teen and loved the service part of the organization," said Faggart. "Now, I love being able to dance, show my talent and speak in an interview."

Next week, Faggart will travel across the state, meeting with sponsors and networking, before starting to prepare for the Miss America pageant.

"It's really a dream come true," she said.