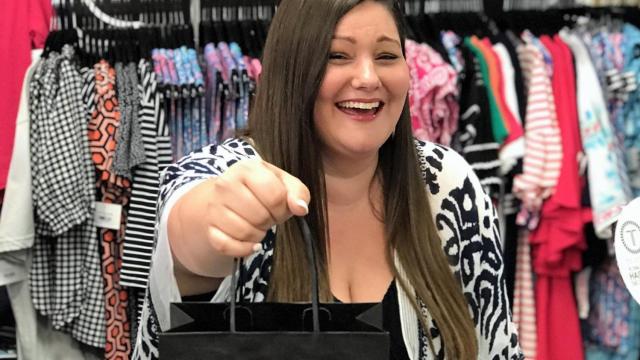 Garner is home to major employers like Martin Brower and Butterball Headquarters, but it also boasts its fair share of mom-and-pop shops, small businesses and locally owned ventures. Garner's diverse population is reflected in its entrepreneurial community, and the town takes pride in its minority-owned and women-owned enterprises.

"Garner is proud to be a place where minority- and women-owned businesses can thrive," Economic Development Director Joe Stallings said. "It is our diversity in population and businesses that make us who we are. Our business-friendly, welcoming nature is one of our greatest strengths and is truly what makes Garner a great community for all."

Minority- and women-owned businesses are on the rise.

"Garner is such a tight-knit community — we want to see each other win," said Kentrell Perry, owner of Locs Naturals and More hair salon in downtown Garner.

Perry grew up near Garner and in 2012 he took over the business that his mother, Mal, started in 2002.

"It was Locs Nails and More [back then]. When I came down from college, I saw the business transitioning. It wasn't in its former glory, so I bought the business from my mother," Perry said. "I moved the business to Main Street. It was just a little space, maybe like 600 square feet. It's not the building that I'm in now. From there, we just made sure we did great hair."

Perry and his team, which includes Mal, have been doing just that.

While Perry was earning his degree in economics at North Carolina A&T, he noticed that his mother's business was struggling every time he visited home. A few years after graduating, rather than letting the family business die, he decided to breathe new life into it. Perry slowly rolled out its Locs Naturals and More rebrand, and in 2015 he moved his team into its current location on Main Street.

"My mother rented a space for 19 years—I knew how important ownership was," Perry said. "When the building [where we are now] came up for sale, I knew that it was an opportunity for us to have ownership of something. That's how generational wealth happens."

Perry's economics degree has no doubt aided him in making business decisions like this, but an entrepreneurial spirit runs in his blood and was ingrained in him from a young age. He and his sister were always encouraged to be independent and self-reliant.

"One of the major lessons we learned inside our household was you had to do something to bring you some income — our parents weren't going to pay for things. They were very strict on, 'You have to have a job and figure something out,'" Perry recalled.

Another secret to Perry's success is practice. He credits Malcolm Gladwell's book "Outliers" and the concept of "10,000 hours to greatness" as a source of inspiration. He said Mozart was great because he practiced and attained mastery. Perry practices his styling until he has it "down to perfection."

Looking to the future, Perry hopes to one day refine his team's processes and styles enough to replicate them in multiple locations.

Another tip Perry has for up-and-coming business owners is to chase passion, not money. That's what Jessica Throneburg — owner of Little Details boutique in Garner — did.

"I had always dreamed of having a storefront. I've worked retail for 20 years and have done it as a side gig, even when I graduated from college. It just felt like an impossible dream for me," Throneburg recalled. "Technology made it possible for me to start my business without a lot of overhead."

Little Details began in 2012 as an Etsy shop specializing in personalization. Having an online business allowed Throneburg to be a stay-at-home mom with her two young sons, Lincoln and Ford. The business grew into what it is today — a brick-and-mortar boutique with an expanded inventory of apparel, accessories and gifts.

"Etsy allowed me to dive in and create a local following, but also, a following throughout the United States. We were able to capitalize on that," she said. "It was a great way for us to test the market and see if our ideas we're going to be well received."

Having an e-commerce site also allowed Throneburg to tend her newborn son Ford, who was born 28 weeks premature. He spent 160 days in the neonatal intensive care unit, and Throneburg put her business on hold for six months. After her family was able to bring Ford home, Throneburg's customers were patiently waiting for her.

"Having an e-commerce business at that time gave us flexibility to be able to take care of Ford. Once he was out of the hospital, we really started to grow like crazy," she said. "We got to a point where we were able to focus on the business and launch a standalone storefront in 2017. Garner is amazing."

Throneburg lives a few minutes outside of Garner, but chose to set up shop in Garner because she was looking for a place with a "small-town feel."

"At the time, it wasn't a saturated market, and there weren't a lot of boutique competitors. It's a perfect location for us as a central point for many of our customers who come from Wake Forest, Fayetteville, Apex and Smithfield; and its proximity to downtown Raleigh is nice as well," she said.

Throneburg was afraid of being an outsider in such a close-knit community with a lot of family-run businesses, but she said the town has been welcoming and supportive.

"I feel like [Garner] has embraced Little Details and really helped us grow and given us great opportunities. There's such a diverse group of business owners here," she said. "The beauty of entrepreneurship is that it doesn't all look the same. People can start online, they can start in a kiosk, they can have their own storefront. There's just so many different avenues that people can take to get started. It still shocks me that the stereotype is still there — that women can't be successful and can't run their own businesses. I hope that I'm teaching my kids that they can do whatever they want to do.

"The sky's the limit for them, and if they work hard, they can be successful. I think they see that."

Little Details will be expanding in the spring of 2020 to a new 5,200-square-foot space in the same shopping center that its current storefront (1,200 square feet) is in now. Little Details' expansion is a reflection of both the business's growth and the growth of Garner.

Added Perry, "When you have a goal of being an entrepreneur, it doesn't matter where you are. Observe your environment, find a need and satisfy that need. Having said that, Garner is revitalizing, and is pouring money into infrastructure and creating reasons for people to do commerce here. Garner is a place where we want to see our neighbors do well."