Military values in demand in IT 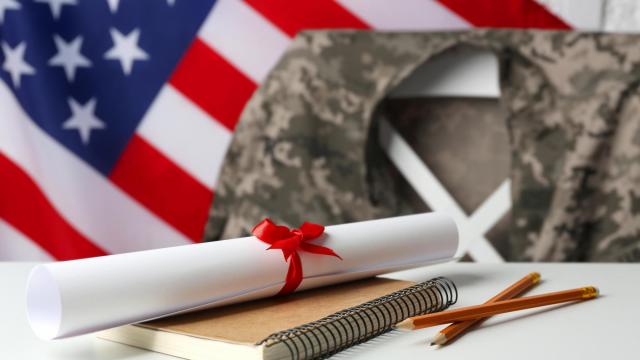 Serving in any role in any branch of the military comes with a mission. But when that service ends, many veterans return home and miss that mission -- that sense of purpose.

Grant Gibson understands because he has been there.

"These are my people," said the former Marine. "I'm a military advocate all the way."

Now, as the executive director of Military Programs at MyComputerCareer, his mission is to help vets get their sense of purpose back.

About a third of the students enrolled with MyComputerCareer are veterans. Within 10 months, many students strive for and earn nine certifications in demand by business and government.

For many veterans, the transition to civilian life is difficult. They left a world where they had a purpose and a team spirit. Whether cooking dinner or standing guard, each knew they had a valuable role to fill for the group. Then suddenly, that’s gone.

Gibson said military values are much in demand in IT. Veterans come with discipline, maturity and an innate understanding of the value of teamwork.

All they need is the training and the certifications.

MyComputerCareer uses a combination of lecture with theory and plenty of practical applications -- much like the military trains.

Gibson's IT career began while serving in Iraq and Afghanistan as a radio operator. In 2010, drones took a more prominent role in the military mission, and the need for people with IT skills increased. Gibson stepped into the breach.

He encourages anyone considering an IT career to take the aptitude test on the school’s website. There, they will see if an IT career is a fit for them, and the school will evaluate if a potential student is a fit with the program.

On the Raleigh campus, a very low-tech bell stands on a highly digital floor in an office park. Whenever students pass a test for certification, they go to the bell and ring it. Everyone stops and congratulates the person.

Celebrating the success of one is part of the culture of teamwork promoted at the school.

"We give you what you had in the military," Gibson said. "We provide a team of support around you. There are people here that aren't going to let you fail. We don't quit on anybody. We'll help you get over the humps."

Gibson said many students will have a job before they’re finished.

"Look, if you want a stable job in an industry with lots of growth," Gibson said, "we can get you there quickly."