Fort Bragg spokesman Tom McCollum confirmed the plane had dropped its load over the Johnsonville community near Cameron.

No one on the ground was hurt, and the Army sent a crew to retrieve the Humvee. 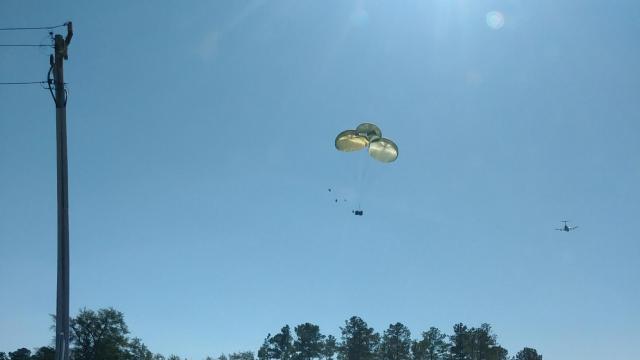 The vehicle was supposed to land on Sicily Drop Zone about a mile away, McCollum said. Officials are investigating what happened aboard the plane to cause the load to drop early.

"The back of the plane is already open. Everything is ready to go, but [the load] hasn't been released. Something happened. It's under investigation of what actually took place, but the platform went out early," he said.

The flight, operated by the Airborne & Special Operations Test Directorate, was testing a new airborne drop deployment platform, he said. The Humvee was sitting on the platform, which was attached to parachutes. 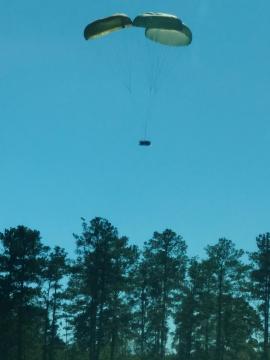 "I heard boom! And I just took off running and didn't look back," said Orie Blue, who lives near where the Humvee landed.

"This is the place where our kids play and run," resident Shatwana Ross said. "Luckily, they were in school when this happened because that's normally where they're at."

Although a resident initially said military officials warned people in the area to stay back because of a potential for ammunition in the load, officials said there was no ammunition involved.