Military Competition in Pacific Endures as Biggest Flash Point Between U.S. and China 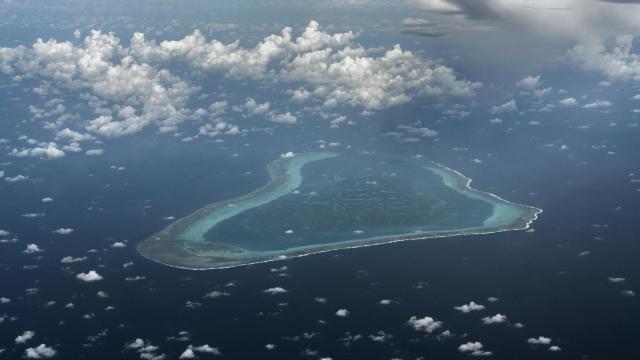 WASHINGTON — Trade disputes have for months been the focus of souring relations between the United States and China. But intractable problems in the South China Sea and the Taiwan Strait underscore that competition for dominance of the Pacific Ocean remains the most volatile source of conflict between the two nations — and that the tensions are rising.

That became clear in barbed comments during a meeting in Washington last week in which Mike Pompeo, the secretary of state, and Jim Mattis, the defense secretary, negotiated with their Chinese counterparts. And it is evident as Vice President Mike Pence is in Asia this week to talk to East Asian and Southeast Asian leaders to shore up support for U.S. efforts to counterbalance China.

Pence’s trip includes stops at two Asia-Pacific summit meetings, where he plans to speak about checking China’s influence and power projection. Since his broad speech last month on U.S. competition with China, Pence has become the face of the administration’s aggressive approach to Beijing.

Some Asia analysts say, though, that President Donald Trump’s absence sends a signal that the United States is not committed to the region: President Xi Jinping of China and President Vladimir Putin of Russia are each attending at least one of the gatherings.

Strategy for the region, in Washington and Beijing, revolves around how each country can assert military dominance in the Pacific. For now, the most powerful military in the region is still that of the United States, which relies on the ability to have unfettered naval access to the South China Sea and the support of the self-governing island of Taiwan to bolster its standing.

But China has become more aggressive in trying to assert dominance over both. And its state-owned companies are making inroads in the islands of Oceania — from Saipan to Vanuatu — with infrastructure projects. U.S. officials say those could eventually become beachheads for the People’s Liberation Army, which would pose a challenge to the U.S. Navy’s operational command in the far island chains. Australia is also watching closely because the South Pacific has traditionally been its sphere of influence.

Closer to home, China has continued to place military equipment and installations on rocks and reefs in the South China Sea, over which it claims sovereignty. And it is persuading some nations to sever diplomatic ties with Taiwan while forcing foreign companies, including hotels and airlines, to drop any mention of Taiwan.

There is a consensus in Washington that U.S. officials need to find ways of pushing back.

In the South China Sea, that has mainly taken the form of what are called freedom-of-navigation operations by the Navy, in which ships sail near the islands or features claimed by Beijing to establish that the waters are international — and not Chinese territory. On Sept. 30, U.S. and Chinese warships nearly collided, coming within 45 yards of each other.

On Tuesday, Pence’s plane flew over the South China Sea to Singapore, where he attended the annual summit meeting of the Association of Southeast Asian Nations. Pence told a Washington Post columnist on the plane that the flight, which passed within 50 miles of the contested Spratly Islands, was a type of freedom-of-navigation operation.

“We will not be intimidated,” he said. “We will not stand down. We will continue to exercise freedom of navigation.”

Graham Allison, a Harvard Kennedy School professor who wrote a book on the potential for war between the United States and China, said most people in the region had thought it was “game over” on the South China Sea — too late to roll back China’s presence from rocks and reefs, as well as islands it created by dredging sand.

But “the Trump administration now means to fight back vigorously on all fronts, including on the South China Sea — and perhaps even on Taiwan,” Allison said.

Last Friday, at the close of the Washington meeting with their Chinese counterparts, Pompeo and Mattis made sharp comments on Pacific issues.

“Regarding our strong ties with a democratic Taiwan, I reiterated the U.S. policy has not changed and that we are concerned about China’s increasing efforts to coerce others, constraining Taiwan’s international space,” Pompeo said, notably, in opening remarks to journalists.

Later, Gen. Wei Fenghe, the Chinese defense minister, made his own assertive comments on Taiwan, referencing the U.S. Civil War and the Pledge of Allegiance.

“To achieve reunification is a mission for our party and our country,” Wei said. “In the Pledge of Allegiance to the U.S., there is this sentence saying this is a nation under God, indivisible. So it is the same with Taiwan. It is an inalienable part of China.”

If “this territorial integrity is under threat,” he said, China would move to maintain it “at any cost,” just as the United States had to do “in the Civil War.”

Analysts in Washington took note of the remarks.

“I believe it’s rare that the U.S. side raises Taiwan in a news conference with the Chinese in an opening statement,” said Bonnie Glaser, a senior adviser for Asia at the Center for Strategic and International Studies. “Pompeo referred to ‘democratic Taiwan.’ That will surely rankle the Chinese. I expect China’s remarks in private regarding Taiwan were even sharper.”

The United States has been more aggressive in defending Taiwanese interests since John Bolton became national security adviser in April.

Last month, the Pentagon sailed two warships through the Taiwan Strait, which underscored the potential for conflict. The White House had initially considered sending an aircraft carrier through the strait — something the United States has not done since 2007. That most likely would have ignited a furious response from China. Instead, the Pentagon sent a cruiser and a destroyer.

Defense Department officials had argued that the carrier would be too provocative at a time when Washington and Beijing are already at loggerheads over trade and other issues. That includes Communist Party repression of ethnic Uighur Muslims, which Pompeo regularly denounces. On Wednesday, U.S. legislators introduced bills calling on the Trump administration to take action to defend the Uighurs.

Mattis and Wei have tried to lower the temperature on tensions in the Pacific. Before the Washington talks, the two met in Singapore last month on the sidelines of a conclave of Southeast Asian defense ministers.

But one Defense Department official said that cordial talks were the limits of what the two nations could achieve for now. Both countries have dug into seemingly nonnegotiable positions on China’s militarization of disputed land features in the South China Sea — the issue that most bedevils the military relationship. The Chinese do not describe their actions as militarization; they accuse the United States of militarizing the sea with its freedom-of-navigation ship operations and overflights. Now, officials from Britain and France say their navies are also taking part in the operations, even though Southeast Asian nations contesting China’s claims have not publicly committed to participating.

Yang Jiechi, the senior Chinese foreign policy official who attended the Washington meeting, said China was building what he described as civilian facilities and necessary defense facilities “on its own territory.”

“The Chinese side made it clear to the United States that it should stop sending its vessels and military aircraft close to Chinese islands and reefs, and stop actions that undermine China’s sovereignty and security interest,” Yang said.

Michael Pillsbury, an author on the Chinese military cited by Trump and Pence, said the Chinese would no doubt continue to see the actions in a hostile light. They are, he said, “interpreting these freedom-of-navigation exercises, even when they’re innocent passage, as something more — provocations, or a declining hegemon trying to maintain its power.”