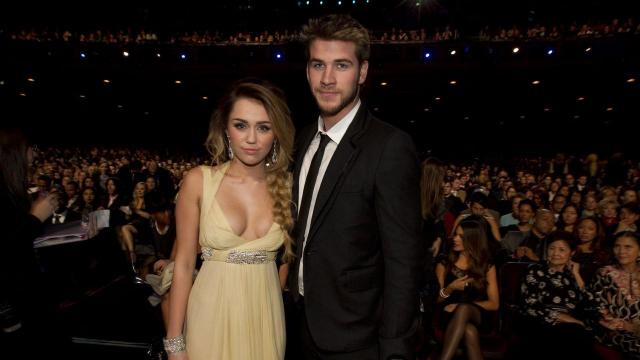 (CNN) — Miley Cyrus and Liam Hemsworth lost their home to a California wildfire, but the famous couple have their sights set on rebuilding not just their house but also their community.

Cyrus and Hemsworth have donated $500,000 to The Malibu Foundation through Cyrus' charity, Happy Hippie, a representative said.

The funds will be used for "those in financial need, emergency relief assistance, community rebuilding , wildfire prevention and climate change resilience," according to a statement.

Earlier on Tuesday, Hemsworth shared a striking photo of their home's remains.

"I spent the day in Malibu yesterday and it was amazing to see the community pulling together to help each other out in any way they can," he wrote on social media. "Malibu is a strong community and this event is only going to make it stronger."

Hemsworth also thanked "all the great local guys that helped keep smaller fires out around my property," as well as firefighters.

Cyrus has previously said she was devastated by the fires affecting the community.

"I am one of the lucky ones. My animals and LOVE OF MY LIFE made it out safely & that's all that matters right now," she wrote on Twitter.

News of the couple's donation comes one day after actress Sandra Bullock made a $100,000 donation to The Humane Society of Ventura County.

Neil Young, Robin Thicke and Gerard Butler are also among the celebrities who have lost homes as multiple wildfires -- the Woolsey Fire in Los Angeles and Ventura counties, the Hill Fire in Ventura County and the Camp Fire in Butte County -- rage across California.

The Woolsey Fire in Southern California has destroyed at least 435 structures, with that number expected to rise, according to LA County Fire Chief Daryl Osby.