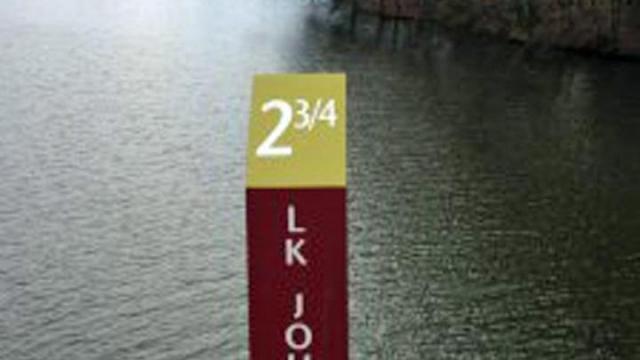 Raleigh, N.C. — At a time when Durham’s Tobacco Trail is under scrutiny following multiple attacks on patrons, Raleigh is working to implement a new emergency call system for its greenways.

The Parks and Recreation Department is now installing mile markers along the greenway, enabling callers to identify their location by the closest one. Eventually, a mile marker will be placed every quarter mile throughout the system, and the response will be routed to the greenway’s nearest access point, according to Recreation Superintendent Scott Payne.

By connecting the mile markers with access points, emergency operators will be able to respond more quickly and accurately to any call made from the trails.

The system is still undergoing testing, Payne said, and there is no timetable for completion.

“We’re working with the ECC, the Emergency Communications Center, and beginning to get new street addresses for where our access points are,” Payne said.

Any related police report, he said, would then list both the access point, which is the official address, and the mile marker nearest to which the call was placed.

Currently, any report filed for an incident on the greenway system would be tied to the closest street address, making it difficult to track crime statistics for the trails.

A lack of violent crimes committed on the system has made doing so partially unnecessary.

“To the best of my knowledge and recollection, we have not had a pattern of significant occurrences on the greenway,” said Jim Sughrue, Director of Public Affairs for the Raleigh Police Department.

Still, there is no data to pinpoint whether it’s been an issue because the city’s crime mapping system does not enable officials to compile data specific to the greenways.

Crimes are “tied through GIS to address locations, and the greenways don’t have a specific street address,” Sughrue said.

Once in place, Raleigh’s new emergency response system will create a series of addresses tied to access points along the greenway. This would allow for more accurate tracking of any incident occurring along the system.

A similar tracking setup was implemented in 2012 in Durham, following a series of violent crimes on its American Tobacco trails.

Jason Schiess, the analytical services division manager for the Durham Police Department, said modifications were made to the city’s existing crime mapping system.

“The Tobacco Trail now has a mapping layer that makes it function kind of like a road. Essentially, each milepost of the trail corresponds to an address. Such as, milepost 1 would be, say, 100 American Tobacco Trail.”

The switch was made, Schiess said, after “several events occurred in a short period of time.”

A review of Durham’s 2012 crime statistics turns up 12 reports of violent crimes on its Tobacco Trails. The address of one particular mile marker, 175 American Tobacco Trail, is tied to three robberies and one assault.

The types of statistics available for the Capital Area Greenway System are tied to incidents of a different sort.

“There was a street sign that had been thrown into the Neuse River,” and a report of an abandoned and likely stolen bike, said Bruce Embry, the volunteer coordinator for the Raleigh Police Department.

In August of 2012, Embry helped add the Greenway Volunteer Program to the department’s roster of volunteer organizations.

The Greenway Volunteer Program has 34 active volunteers who have logged more than 650 hours. Embry said their familiarity with the system enables the volunteers to easily assist any of its many patrons. They are also trained, he added, to serve as an extra set of eyes and ears for the police.

“Right now we don’t have any problems on our greenways,” Embry said. “There are no crimes happening that we’re aware of, and we want to try and keep it that way.”