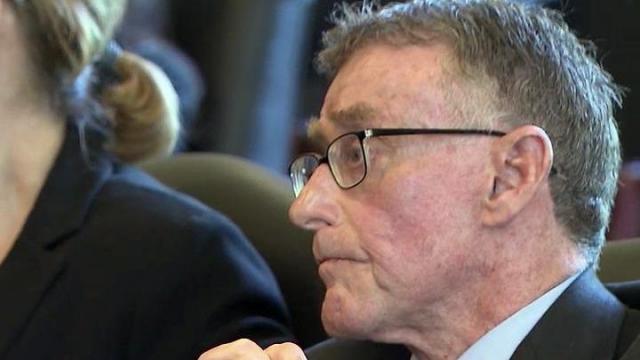 Durham, N.C. — Mike Peterson has been awaiting a retrial for more than four years on charges that he killed his wife, and he now wants the case thrown out.

The novelist and one-time Durham mayoral candidate was convicted in 2003 following one of the longest trials in North Carolina history of killing Kathleen Peterson, who was found dead in a pool of blood at the bottom of a staircase in the couple's upscale Durham home on Dec. 9, 2001.

Superior Court Judge Orlando Hudson threw out Peterson's conviction in December 2011, ruling that a former State Bureau of Investigation blood analyst lied on the witness stand, misleading jurors about his expertise and using questionable tests on evidence found in the Peterson home.

In a motion filed Tuesday, Peterson's defense attorneys argue that his rights to a fair trial have been violated by the mishandling of evidence from the 2003 trial. The motion includes photos of bags containing physical evidence in the case that have been ripped open, with some items strewn about, and unknown fibers on a microscope slide containing forensic evidence.

A hearing is scheduled for May 23 on a previous motion about evidence handling.

Tuesday's motion also argues that investigators failed to conduct DNA tests on some evidence, including Kathleen Peterson's clothing and three hair samples found on the staircase where she died. The defense attorneys contend such tests could have pointed to other possible suspects, noting the Peterson home had been broken into several times previously.