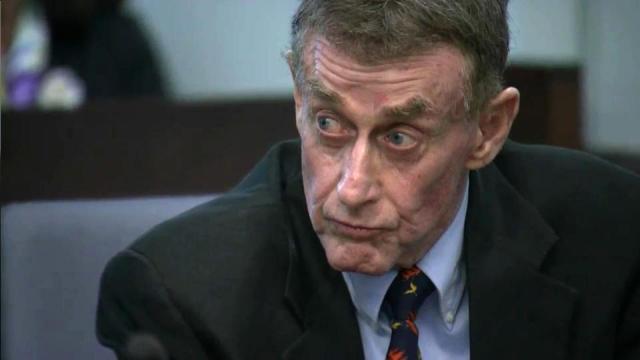 Durham, N.C. — When he is tried a second time for the murder of his wife 13 years ago, novelist and one-time Durham mayoral candidate Mike Peterson will have at his side an attorney familiar with representing defendants in domestic homicide cases.

Peterson, 70, will be represented by court-appointed attorney Mike Klinkosum, who also was the attorney for Jason Young. Young was convicted in 2012 of killing his wife, Michelle, in their Wake County home in November 2006, but the state Court of Appeals threw out the verdict six months ago and ordered a new trial.

Klinkosum replaces longtime Peterson attorney David Rudolph at the defense table. Rudolph has been working pro bono on the case since Peterson was granted a new trial almost three years ago, but he said last month that he can no longer afford to do so and needs to be paid.

Peterson has been declared indigent and said he cannot afford an attorney.

In 2003, he was sentenced to life in prison without the possibility of parole for murdering his wife, Kathleen, at their Durham mansion in December 2001. Her body was found in a pool of blood at the foot of a staircase, and he has maintained that she died in an accidental fall.

A Superior Court judge ordered a new trial in December 2011 after determining that a key prosecution witness gave false and misleading testimony during the trial.

Since then, Peterson has been out of prison waiting for a resolution to his case. Durham prosecutors say a new trial could happen as early as next year.

Sources close to the case said Peterson rejected an offer made by prosecutors that would guarantee he wouldn't serve any more time behind bars if he pleaded guilty to second-degree murder in the case.

District Attorney Roger Echols won't comment on any plea negotiations, saying only that his office is moving forward with the prosecution of the case.