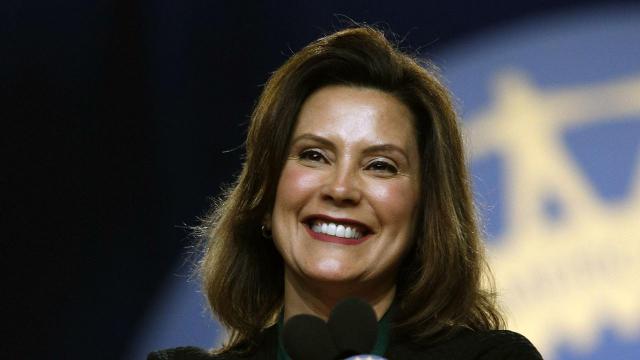 Whitmer, a first-term governor, will give the response in English, and Escobar will deliver it in Spanish, House Speaker Nancy Pelosi and Senate Minority Leader Chuck Schumer announced.

The response to the President's State of the Union address not only gives the opposition party an opportunity to present criticisms and policy differences but also shine a light on party officials considered to be rising stars.

Trump is scheduled to deliver the address on February 4.

In 2018, Whitmer was elected governor in Michigan, a once-solidly blue state that helped Trump secure his 2016 win.

Escobar is the first woman to represent El Paso, Texas, which borders Mexico and has been a focal point of the Trump administration's crackdown on illegal immigration. She and Rep. Sylvia Garcia are of the first two Latina members of Congress elected from Texas.