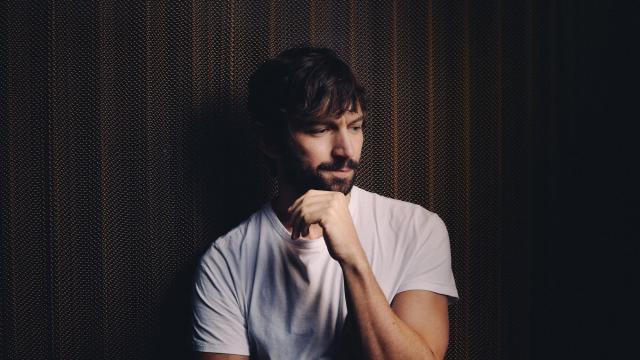 On a recent Thursday afternoon, Huisman had tip-tapped down a steep flight of stairs on East 23rd Street and into Spin New York, a neon-lit basement Ping-Pong palace with a view of the downtown 6 train. It’s around the corner from the apartment he shares with his wife, actress Tara Elder, and their 11-year-old daughter.

Huisman, who played Daario Naharis in “Game of Thrones” and is now starring as a ghost skeptic in “The Haunting of Hill House” on Netflix, has been playing table tennis since he was a child. He carries his own paddle, and he displayed it proudly, a Donic Appelgren Allplay faced in red and black rubber.

Last summer he joined a Ping-Pong club near his home in the Netherlands, and he played every Monday. “I think I won one game,” he said. “It gave me a lot of hope.”

Dressed in a blinding white T-shirt and black jeans, with a gold chain around his neck appropriated from his wife, he’d come to Spin during walk-in hours hoping for a pickup game. No one seemed to want to play with him. (Starring in a hit show comes with a few privileges; this isn’t one of them.)

He approached two men who had finished a close match, but they turned him down, saying they had to get back to the office. He was left alone, idly toying with one of Spin’s orange balls, a tiny plastic tangerine. “It’s very bouncy,” he said, slightly forlorn.

Finally, one of the in-house pros, Matt Suchy, took pity on Huisman and offered an impromptu lesson.

They warmed up, and Suchy was immediately impressed. “Your serve is so nasty!” Suchy said. But Huisman struggled to keep the point in play. The problem? The paddle. Suchy took the Donic from him and showed him how the worn rubber had lost its traction — a smooth surface makes spin difficult — and had even begun to peel away from the wood.

A kind of horror dawned. “It’s been holding me back for so long,” Huisman said. “Years maybe.”

This is the kind of horror Huisman accepts. Steve, the character he plays in “The Haunting of Hill House,” is a vigorous ghost denier and Huisman isn’t so different, though he did admit that once, on a night shoot in Britain in his early 20s, he became so terrified by a dark and yawning bathroom that he couldn’t unzip and sprinted back to set.

A practical person and mostly unspookable, Huisman said he was never really frightened during the eight months it took to shoot the 10 episodes. The worst shock he received was when he walked into the makeup trailer one morning and saw one of the ghost characters sitting in his chair. “Some of the special-effects makeup was really intense,” he said.

But that was as bad as it got. “I don’t want to burst the bubble too much, but generally it wasn’t as scary as watching the show,” Huisman said.

Apparently, he doesn’t think that watching the show is so scary either. He let his daughter see it, and sometimes he forgot to tell her when to cover her eyes. (“Is that really weird that she watched it?” he asked.)

He gestured toward Suchy, prepping for another go-round. “This is scary,” Huisman said.

Suchy gave him one of his own paddles, a Tenergy the size of a salad plate. “Immediately the ball has lift and spin,” Huisman said, marveling. Suchy used a smaller paddle, the size of an oatmeal cookie. The first few points were close, but Suchy pulled away and won 11-7.

They hugged it out. “You have no backhand,” Suchy said. He adjusted Huisman’s grip, asking him to use only one finger on the back of the paddle.

“Nobody ever told me,” Huisman said, amazed.

Suchy gave him a few more tips, because if Huisman is often a subtle actor, he is not a subtle player.

And a moment later, he added: “Don’t smash, spin.”

Huisman took the advice. He figured it was probably good advice for acting, too: “Less slice, more spin.” His game improved immediately. “This guy got so much better in five minutes,” Suchy said.

As ‘80s pop hits played (“Caribbean Queen,” “Walking on Sunshine”) and platters of veggie tacos and shrimp buns arrived, Suchy had him alternate forehand and backhand. Huisman’s hair, which a stylist had recently fluffed, flopped into his bedroom-y eyes, as his paddle flashed black-red, black-red, black-red.

When the game was over, Huisman went to book another lesson. “This is gold,” he said, explaining that he had an important match coming up.

His Ping-Pong archrival, music manager Dennis Van Leeuwen — the man who had beaten him at Huisman’s very own surprise birthday party three years ago — was coming to New York in a couple of weeks.

Suchy told Huisman he had nothing to be afraid of. “Just do that serve,” he said.