Mic, a News Site for Millennials, Lays Off Most of Its Staff 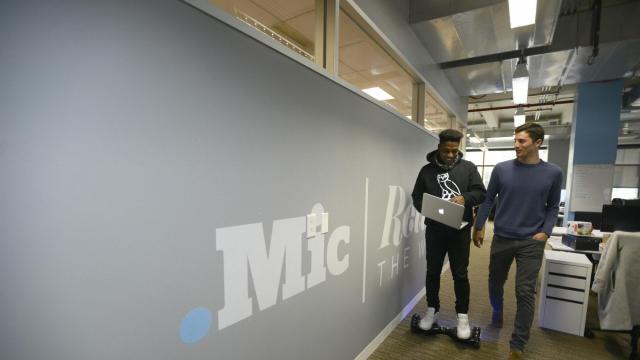 Mic, an online publication that started seven years ago with ambitions of becoming a top source of news for and by millennials, laid off most of its staff Thursday before being sold to Bustle Digital Group, a publisher that caters to millennial women.

Mic’s 31-year-old co-founder, Chris Altchek, announced the layoffs at a 10 a.m. all-hands meeting, according to two staff members who were present but declined to speak publicly for fear of losing their severance. The company had employed more than 100 people.

Mic’s management had been in talks to sell the company to Bustle Digital Group, according to various reports this week, and that deal was completed Thursday.

“I can confirm that Bustle Digital Group has acquired Mic,” the company said in an emailed statement. “We have no further comment.”

The Mic employees said that the company had come to rely too heavily on a partnership with Facebook, which provided funding for a Mic-produced show on the social network’s Facebook Watch video platform.

“For those of us who didn’t have insight into the financials, the shock was just that we were relying so heavily on it,” said one of the employees, a senior member of the editorial staff.

Facebook had signaled for some time that it would walk back the investment, which was part of a broader initiative launched in June that included similar deals with several newsrooms.

Mic, too, invested heavily in the partnership, its largest, expecting it to last at least a year. But, just before Thanksgiving, the social network suggested that, in 2019, it would effectively cancel the publisher’s show, “Mic Dispatch.”

After the layoffs were announced Thursday, many of Mic’s reporters and editors shared the news on Twitter, fondly praising their colleagues while announcing their own availability for work.

Mic raised millions of dollars in funding over the years. It successfully lured senior reporters and editors from more traditional newsrooms like NPR and The Washington Post and moved into offices at the new World Trade Center.

Mic’s staff voted to unionize earlier this year, though a labor contract had yet to be signed by the website’s management.

Under the terms of their severance packages, most employees received one month of pay and one month of health care. Staff members were told that their computer access would end at 2 p.m. Thursday and that their desks should be cleared by the end of the day, according to one senior editor.