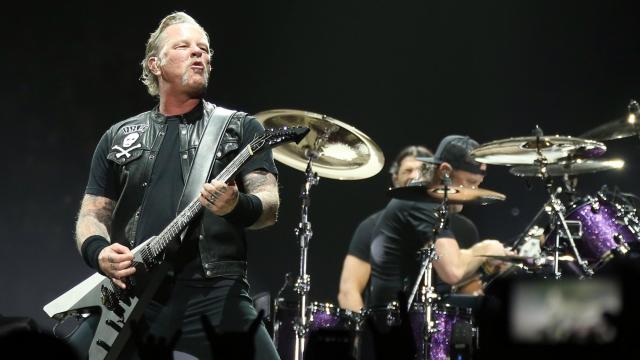 Raleigh, N.C. — Metallica played to a sold-out crowd at Raleigh's PNC Arena on Monday night, where more than 20,000 fans set a new record for the largest single-day event attendance in the history of the venue, according to a news release.

Metallica is now the highest attended single-day event in the 19-year history of PNC Arena with 20,052 fans.

“We are thrilled that Metallica’s performance set a new record for PNC Arena. It was our first time hosting the band, and the passion of their fans made it so memorable for us,” said PNC Arena President Don Waddell.

“PNC Arena has played host to many large events during its 19 years, so it’s great to see an incredible band like Metallica come in and knock out a new milestone in our history. Thank you to Metallica, Q-Prime Management, and Live Nation for bringing this tour to the fans in Raleigh.”