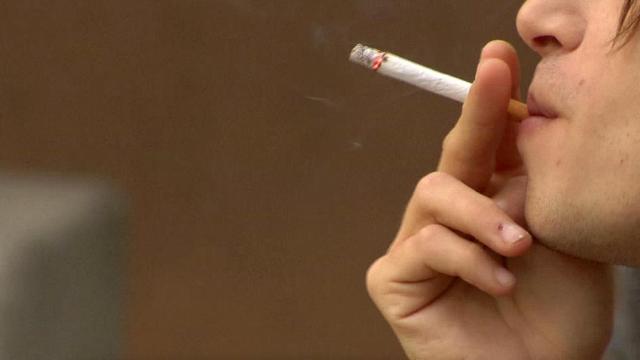 In a landmark move bound to further shake the tobacco industry, the Food and Drug Administration plans to propose a ban on menthol cigarettes next week as part of its aggressive campaign against flavored e-cigarettes and some tobacco products, agency officials said.

But such a move has been long-awaited by public health advocates, who have been especially concerned about the high percentage of African-Americans who become addicted to menthol cigarettes.

Dr. Scott Gottlieb, the agency’s commissioner, would not comment publicly on the proposal on Friday. But in a recent interview, he said the FDA was revisiting the issue, one that had been weighed in previous administrations. “It was a mistake for the agency to back away on menthol,” he said earlier this fall.

Canada has already imposed a ban on menthol cigarettes, and the European Union’s ban is set to go into effect in 2020. Earlier this year, San Francisco passed a prohibition against the sales of menthol cigarettes and flavored e-cigarettes.

The menthol proposal is just one of several initiatives the FDA plans to announce sometime next week, including a ban on sales of most flavored e-cigarettes, except menthol and mint, at retail stores and gas stations across the country. The products, which include such flavors as chicken-and-waffles and mango, would be mainly relegated to sales online, at sites where the agency hopes to impose strict age verification to ensure that minors could not buy them.

As e-cigarettes became a booming business and extremely popular among teenagers and young people, health officials, parents and others became alarmed at the soaring use of nicotine-addicting products that were considered alternatives to traditional smoking for adults.

The FDA began targeting the major manufacturers of e-cigarettes, focusing in particular on Juul Labs, the maker of a flashy product that has become nearly ubiquitous in schools and on the streets.

Just a day after agency officials began issuing details of next week’s plan to ban some sales, Juul Labs indicated on Friday that it had decided to pull several of its wildly popular flavored e-cigarette pods off store shelves, according to several people briefed by the company.

The vaping giant will continue to sell its liquid nicotine pods in mint, menthol and tobacco flavors in brick-and-mortar stores, but will restrict other flavors that could be appealing to younger people to online sales.

Juul Labs launched the pod device, which resembles a flash drive, in 2015, and now has about 77 percent of the United States e-cigarette market.

Last month, a competitor, Altria, said it would discontinue most of its flavored e-cigarettes and support federal legislation to raise the age of purchase to 21 for any tobacco and vaping product. Sen. Chuck Schumer, D-N.Y., had been an advocate of such restrictions.

“While more must be achieved to fully regulate e-cigs like actual cigarettes, Juul’s effort is a good step in snuffing out kid-friendly flavors that have fueled the spiking nicotine addiction amongst America’s youth and can make a difference,” Schumer said in an email.

Lisa David, president of chief executive of Public Health Solutions, a New York-based nonprofit group specializing in health issues for low-income and immigrant families, said she opposed keeping mint and menthol flavors easily available in stores, especially given the gateway effect for young people who start vaping and then move to traditional cigarettes.

David also wondered if Juul’s restriction might be too late, because of the many similar devices, called “Juul-alikes,” already on the market.

“Juul clearly was a contributor to the really significant uptake of young people using e-cigarettes,” David said. “At this point there are a bunch of other versions of the ‘Juul-alikes.’ They have similar shapes and flavors and are appealing to the same audience.”

The battle against menthol cigarettes has continued for decades.

According to the NAACP’s Youth Against Menthol campaign, about 85 percent of African-American smokers aged 12 and up smoke menthol cigarettes, compared with 29 percent of white smokers, which the organization calls a result of decades of culturally tailored tobacco company promotion.

A spokesman for R.J. Reynolds declined to comment. Altria and Imperial Brands could not be immediately reached.

In a joint statement on Friday, the Campaign for Tobacco-Free Kids, the American Academy of Pediatrics, the American Lung Association and several other public health groups said that action on menthol cigarettes was long overdue.

“There is overwhelming scientific evidence that menthol cigarettes have had a profound adverse effect on public health in the United States, resulting in more death and disease,” the organizations said.

Although federal health officials released new reports this week that indicated traditional smoking had reached a record low since 1965, smoking-related deaths still number about 480,000 in the United States every year.