Mental health does not discriminate: less than half seek help 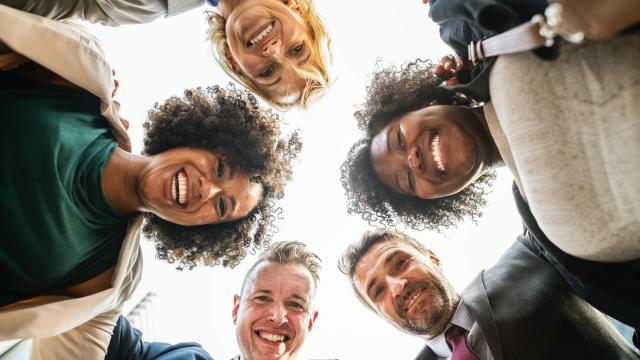 When you hear the phrase "mental health issue," what's the first image that comes to mind?

A mood-changing movie villain with bipolar disorder switching from violent to kind in an instant? Or, a severely impaired individual suffering from an intellectual disability that requires constant care?

Those severe cases may accurately be described as mental health issues, but we're more likely to meet someone suffering from anxiety or depression who lives in a nice neighborhood and goes to work every day. They may even be sitting in a cubicle right next to you. Mental health does not discriminate.

The chances are high that you’ve met or interacted with someone who suffers from a mental illness.

The National Alliance on Mental Illness found that 18.5 percent of American adults and 13 percent of children between the ages of five and 18 experience a mental illness in a given year. And even those who aren't suffering from a mental illness right now potentially had the seeds laid in early childhood, known as an adverse childhood experience, or ACE.

ACEs are measured by a 10-question survey established after a CDC-Kaiser Permanente study involving 17,000 participants. The higher the ACE score, the more likely the individual is to suffer from health and social issues.

"In short, everyone is affected by this," said Dr. Thomas Sneed, a psychiatrist with Triangle Springs. "Seventy percent of us have one ACE. If somebody scores four or more, they would want to get evaluated."

The questions involve common childhood traumas like if a parent was verbally abusive, drank heavily or abused drugs, or if anyone in the household went to prison. You can take the ACE quiz here.

Even drug and alcohol abuse can be traced back to ACEs. The emotional trauma transfers into a coping mechanism that continues beyond adolescence into adulthood.

"I have yet to find a person who uses drugs and doesn't have a ton of ACEs," Sneed said.

Mental health issues are prevalent among every social group or community, but are many times left untreated. According to the National Institute of Mental Health, only 43.1 percent of people impacted by any type of mental illness received treatment. Part of that could be struggling with lack of accessibility for care providers, financial reasons or it could be as simple as fearing the stigma of suffering from a mental illness.

"As far as folks being afraid to come forward, well you know to change something usually requires taking a chance," Sneed said. "One thing a person could do — if you're talking about somebody who's well connected — is to ask someone to go with them, somebody they trust. As a treatment provider, it is useful to get the perspective of someone who knows them."

Suffering from a mental health issue is no longer as stigmatized as it once was. Everyone suffers from the same types of issues, regardless of socioeconomic status, age, gender, race or career. The underlying issues may be the same, but the symptoms can manifest in different ways and can be treated differently.

Friends, neighbors, co-workers and loved ones — anyone — can suffer from a mental health disorder. Over the course of a few articles, we'll try to de-mystify the way certain groups deal with the challenges of mental health and provide resources for more information.

From active military members, to college students, to the way men and women process their problems differently, the faces of mental health surround us each and every day.