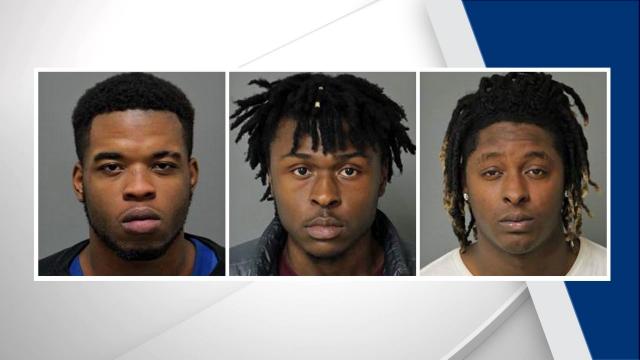 Raleigh police on Thursday charged three men with shooting several people and vehicles with BB guns over the past month.

The most recent incident occurred Wednesday, when officers arrived in the 1400 block of East Millbrook Road at about 5:15 p.m. and found a man with damage to his vehicle and an injury to the back of his head caused by BB gun pellets, police said.

The man was taken to WakeMed for treatment.

Authorities said the men may be linked to other incidents dating back to December and the investigation is ongoing. At least 25 cars have been damaged and several people have been shot by BB gun pellets since Dec. 15, police said.

All three men are facing multiple charges of assault and damage to property and were being held at the Wake County Jail on Thursday night.