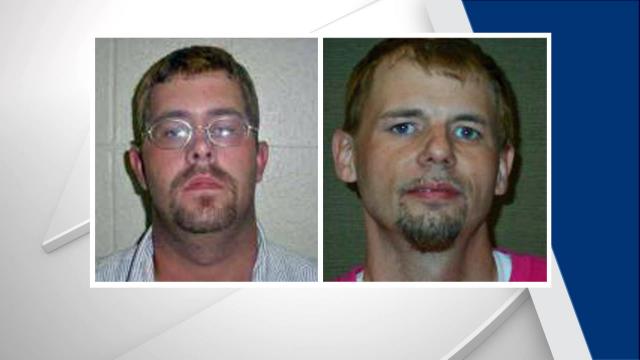 The Harnett County Sheriff’s Office said deputies were called to 2028 Bailey Road in Coats at about 12:30 a.m. There they discovered the body of Marcus Lester Fisher, 39, of 1911 Friendly Road in Dunn, in the back yard.

As deputies investigated Fisher’s death, they discovered a decomposed body belonging to a woman in her 20s or 30s off Cool Springs Road near Broadway.

Robin Chalmers Brown, 33, of 795 Brown Road in Lillington, and Michael Todd Denning, 37, of 2028 Bailey Road in Coats, were both charged with failure to report a death in connection with both bodies.

On Tuesday, Denning and Brown were charged with one count each of felony conspiracy in connectino with Fisher's death.

Denning was being held without bond and Brown was being charged under $1.2 million bond at the Harnett County Detention Center.

Authorities said Brown, Denning, Carter and Fisher were all acquainted.