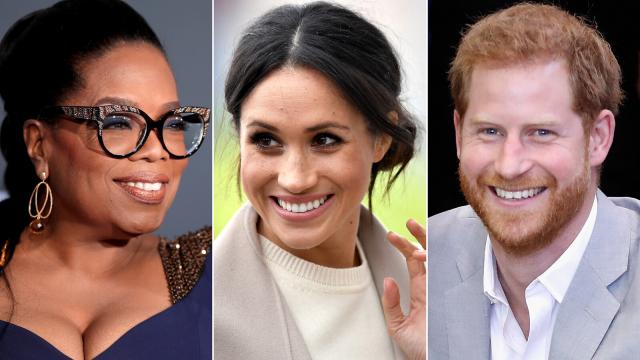 CNN — Oprah Winfrey has landed the first major interview with Meghan Markle and Prince Harry since the duo announced they were expecting their second child.

CBS announced the news Monday, revealing that "Oprah With Meghan and Harry: A CBS Primetime Special," will air on March 7.

The special will cover a range of topics, including their marriage, their latest projects and life since stepping back from their senior royal duties. Markle is also expected to talk to Winfrey first about motherhood and the couple's new life in California. Harry will join in the conversation later, according to CBS.

The interview will be the first televised one since the couple's engagement in 2017.

On Sunday, the two announced that they are expecting their second child together. They are already share son Archie, who will turn 2 in May.

Winfrey had attended the duo's May 2018 wedding at Windsor Castle, and is currently their neighbor in Montecito, CA where the couple moved this year.

Winfrey is also working with Harry on a mental health docuseries for Apple TV+.