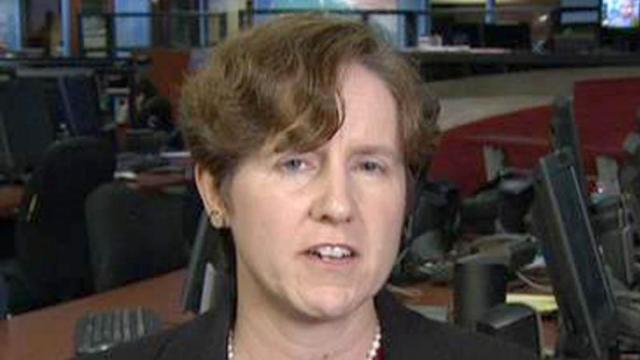 Megan Davies looked relaxed and little tired when she walked into a Raleigh restaurant. Davies, who always sported a no-nonsense professional look in her former position as state health director, was wearing shorts, sandals and a North Carolina Public Health Association t-shirt.

Davies resigned as state epidemiologist last week in protest over the way leaders from the Departments of Health and Human Services and Environmental Quality characterized procedures in the Division of Public Health for determining safe drinking water standards in private wells neighboring coal ash ponds in an open editorial.

She said she was eager move on, but not before saying a few more things about the way she believed public health had been undermined by the actions of the DHHS and DEQ leadership.

Davies stopped just short of calling for the resignation of state health director Randall Williams. But she questioned whether Williams had effectively been leading the division for the past year and called his signing of the editorial “cynical.”

“They were willing to completely undermine the credibility of the entire public health system in North Carolina in order to protect whatever it was they were protecting, the chance of reelection I guess,” she said.

Exhaustively briefed
Davies’ big concern, she said, and the reason she made a public to-do about her resignation was her concern about how Williams and DEQ Assistant Secretary Tom Reeder, “were actively throwing public health under the bus,” when they released their editorial. In it, Reeder and Williams argued that State Toxicologist Ken Rudo was "unprofessional” and had “inconsistencies in his scientific conclusions” as he calculated safe levels for chromium 6 and vanadium in the well water of the coal ash neighbors. They also questioned the process by which Rudo came up with his recommendations.

Davies laid out, in detail, how Rudo had worked collaboratively with others on the DPH team to determine those recommended levels.

“When you make this kind of decision, you get anywhere from 20 to 30… people in the room, and via email, and any communication measure, consulting each other and challenging each other to come to what is the best recommendation we can make under these circumstances,” she said. Davies also recounted how DPH leaders held public hearings in several counties where there were many homeowners with affected wells.

“I know that I, multiple times, exhaustively briefed Randall Williams and that Tom Reeder was in most of the meetings where the decisions were being made, and all of the conversations we were having,” Davies said. “They know it was not a lone person just going off on his own doing crazy things.”

Eroded trust
Davies said her biggest concern, though, was that public trust in the state’s public health division would be undermined by Williams’ actions. She said that trust is necessary during times of crisis, be it a hurricane or an epidemic or a chemical explosion.

“When we give you evidence-based recommendations on what is going to most protect you in this terrible situation, you need to know that you can trust that recommendation,” she said. “You have to believe that emergency management, you have to believe public health and if your own administration, your own department has said these guys are goofballs… if we really operated that way, you shouldn’t listen to us, but that’s absolutely not how we operate.”

She said Williams’ decision to sign the editorial was like “an execution-style shooting” for members of the Division of Public Health. She hesitated when asked if she thought he was able to lead DPH any longer.

“I actually don’t believe he’s been leading the division of public health for the last year,” she said.

“I heard from members of my staff and in other branches that they felt their professionalism had been impugned [by Williams],” she continued. “They felt that the DHHS was saying we don’t know what we’re doing and they felt that they would not be safe making decisions to protect the public’s health.”

When asked to respond, DHHS spokeswoman Kendra Gerlach emailed that the Department had the “highest confidence” in Williams and said he was “broadly respected.”

“His contributions in the past year — including leading the development of the Statewide Perinatal Health Plan, implementation of the statewide Naloxone standing order, and strong commitment to workforce development to address rural health disparities – are many and broad,” Gerlach wrote.

Soccer mom
As a family practice physician, Davies said she might return to private practice, but first, she’s taking a break. She said she looked forward to being a soccer mom to her 9-year-old son and watching Arsenal games with him.

But she predicted she wouldn’t stay at home long.

Davies recounted how when her son was about 10 months old, her husband returned home one day to find her son’s toys arranged on the floor by the sound they made and by color; she was calculating the statistics of how often the colored toys squeaked.