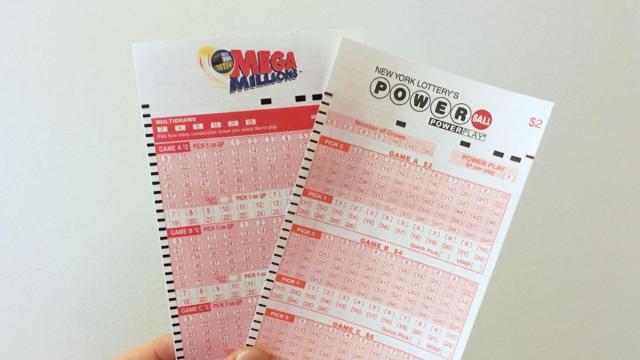 There was no grand prize winner in Tuesday's Mega Millions drawing. It's the 23rd straight drawing without a jackpot winner in the game, dating back to Oct. 13. So the $361 million jackpot will grow to $418 million for Friday.

But you won't have to wait till Friday for a chance at a big prize.

The competing Powerball game will have a drawing at 11 p.m. ET Wednesday, with a $440 million jackpot at stake.

The combined total of $858 million between the two games is one of the largest combined payouts on record. It's also the first time both games have had $400 million jackpots at the same time.

Both games offering prizes over $300 million at the same time has been rare in the past. But it's about to become more common. That's because there are now longer odds in both games, leading to less frequent jackpot winners and thus more frequent large jackpots.

The Mega Millions jackpot hasn't risen above $400 million since the summer of 2016, according to the lottery, when a winner in Indiana received a $536 million prize.

In October, Mega Millions changed the numbers that players could choose from, bringing the odds of picking all six numbers to 1 in 302.6 million, from 1 in 258.9 million under the old format. It also raised the price of a single ticket to $2.

The idea was to increase the size of the top prize. And so far, it has worked.

The move was similar to one made by Powerball in October 2015. That took the odds of winning that game from 1 in 175 million to 1 in 292 million.

But the longer odds haven't been stopping people from buying tickets. In fact, the larger jackpots are just encouraging more sales. And Americans do love buying lottery tickets. They spent more than $80 billion on them in 2016. That's more than they spent on movies, video games, music, sports tickets and books -- combined.