Meeting Demand by Acquiring the Supplier 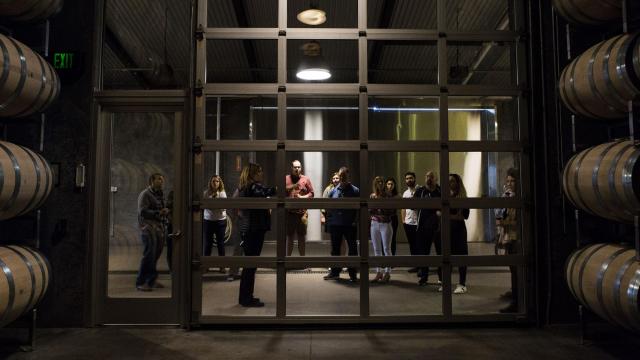 In the last six years, David Duncan has been on a buying spree. This Napa Valley-based winemaker and owner of Silver Oak Cellars hasn’t been splurging on fast cars or vacation homes, though. He’s been buying up vines — close to 500 acres in Northern California and Oregon.

It’s been a tough process, at times: He almost lost one site to a wealthy Chinese bidder. It was only when he raised his offer by $1 million that he clinched the sale at the last moment. At the same time, Duncan also took full control of A&K Cooperage, now the Oak Cooperage, the barrel maker in Higbee, Missouri, in which his family had long held a stake. These hefty acquisitions are central to his 50-year plan to future-proof the family business against a changing luxury marketplace.

As Duncan realized, this market faces what might seem an enviable problem: a surfeit of demand for its limited supply. The challenge the winery will face over the next decade is not marketing, or finding customers, but finding enough high-quality raw materials to sate the looming boom in demand. Though there might be economic uncertainty among the middle classes, wealthier consumers are feeling confident and richer because of changes like looser business regulations and lower taxes.

According to Bain & Co., a management consultant, the global luxury goods market for 2018 is expected to top out at around $321 billion; by 2025 Bain predicts the market will have grown to about $443 billion, or an increase of about 38 percent in just seven years.

Much of that is driven by China. This year, for the first time, McKinsey & Co., the consulting firm, expects the number of Chinese millionaires to exceed that of any nation, while by 2021 it will have the most affluent households in the world. Fine wine and Champagne is a particular bright spot, with 2017 sales up 9 percent from 2016, according to Euromonitor International, a market research firm

“The grape growers and cooperages have options to sell to other wineries,” Duncan said. “By taking full control of that, we don’t face those competitive threats for fruit supply and barrels.”

Whole prices for grapes have risen the last seven years, he said, from around $4,500 per ton to an expected $8,000 per ton this year; owning his supply chain safeguards Silver Oak’s overhead.

Likewise, although 80 percent of Oak Cooperage’s output is destined for Duncan’s vineyards, he can choose whether to sell the remainder to other winemakers or whiskey houses — or retain it for himself, as he will in 2018.

In Europe, Champagne-maker Louis Roederer, which produces the brand that bears its name, as well as Cristal, has made similar acquisitions.

Traditionally, the company said, 90 percent of the growers in the region, around 15,000 sites, are small holders who sell their annual harvest to Champagne houses.

Frédéric Rouzaud, president of Roederer, recognized this was a vulnerable position in a changing luxury landscape. So he spent the last six years acquiring controlling stakes in about 37 acres of precious land.

“If I had the opportunity tomorrow to buy more vineyards, I would do it without hesitation,” he said. “We want to ensure supply for the future, and one of the best ways to do that is total control.”

Companies in other luxury sectors are also readjusting their businesses to emphasize greater vertical integration, either by acquiring their suppliers or starting their own farms.

Italian tailor Kiton owns Carlo Barbera, the mill that has long provided its ultraluxury fabrics, while Chanel’s recent spree has included embroidery company Lesage, cashmere mill Barrie and tulle and lace supplier Sophie Hallette, among others. Parterre, the British fragrance house, created its own on-site botanical garden at Keyneston Mill in Dorset, England, to grow the aromatic plants that would form the cornerstone of its limited-edition fragrances. Much the same instinct underpins the rise of cottage gardens at high-end hotels like Borgo Santo Pietro in Tuscany, Italy. Its Michelin-starred restaurant relies primarily on the organic farm attached to the property, which includes a dairy and an apiary.

“They are securing the sources of their competitive advantage,” said Mario Ortelli, a luxury analyst with Ortelli & Co. of London. “If your supplier works with 10 other luxury brands, and you’re not the most important client? When you ask for extra quantities, he can tell you, ‘My friend, sorry, you must wait.'”

Hiccup-free supply isn’t the only reason such brands are keen to acquire their sources, said Franck Delpal, an expert in vertical integration and a professor at IFM, a fashion school in Paris. Owning a farm adds a welcome, artisanlike aura to any brand, and consistency of quality is easier; there are financial upsides, too. “If you control the greater part of your supply chain, you get margins at every step, and at the end of the day, it creates big business.”

It also can create bigger, less nimble companies; juggernautlike conglomerates often respond less adroitly to the fast pace of contemporary business. Moving beyond core competencies is risky and requires executives to learn new skills. Budgeting for a farm, for instance, is a drastic departure from handling advertising for luxury purses.

Vertical integration is also a long-term strategy, where the financial benefits only emerge after steep initial investments — a single hectare (about 2.5 acres) in Champagne, France, can cost 1 million euros (about $1.14 million) or more. It requires steel nerves and deep pockets. No wonder future-proofing the supply chain in this way is much easier for privately held companies, including Silver Oak, Roederer, Chanel and Kiton. They don’t risk shareholders’ balking at the capital outlay and its impact on their balance sheets.

Delpal says that the easiest way to find publicly traded companies that have braved that potential backlash to invest in the future is to look at their value-added ratios: the lower the numbers, the less vertically integrated their operations — and the more vulnerable they will be when demand begins to outstrip supply. Higher numbers suggest better performance in the new luxury landscape.

Kering, the French luxury conglomerate, intends its component brands, including YSL, Gucci and Balenciaga, to sit at the upper end of that register and has acquired several suppliers. They include a majority stake in a French tannery, France Coco, to safeguard its supply of crocodile skins, as well as a python farm in Thailand.

Marie-Claire Daveu, Kering’s chief sustainability officer, acknowledges that looming scarcity, in volume or quality, underpins the strategy, but stresses a bigger mission, too: sustainability. She says that 90 percent of Kering’s environmental impact lies deep in its supply chain, often with where and how its raw materials are produced.

Consumers are alert to that issue.

“Investors and stakeholders are asking more and more questions about sustainability,” she said, “and we want to change the paradigm.”

Since delving deeper into the supply chain has become a focus for Duncan, there’s a natural next step: “I wouldn’t rule out becoming a tree farmer,” he said.