Meet the Man Tasked With Expanding Uber’s Business in New York, With a Smile 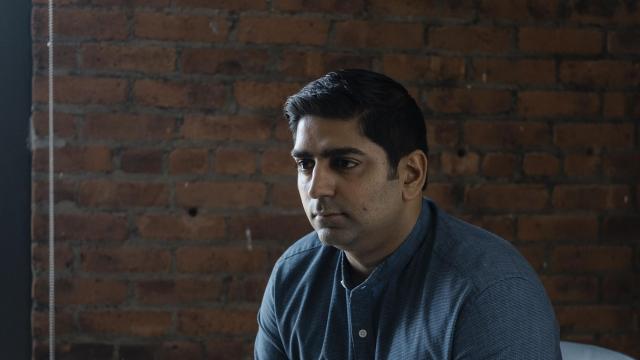 NEW YORK — Uber was in trouble in one of its largest markets. New York wanted to ram through a cap on new vehicle licenses to halt the company’s soaring growth.

Sarfraz Maredia, the man who runs Uber in New York, turned to the best weapon he had: the Uber app. Last summer, he helped craft every message Uber sent its customers warning that prices would rise and arguing that there were better ways to reduce congestion.

“We’re not advocating for the status quo,” said Maredia, who supports congestion pricing, a proposal to alleviate traffic by tolling drivers who enter Manhattan. “We’re advocating for policy solutions that would actually fix the problem.”

Most New Yorkers have never heard of Maredia, but he wields extraordinary power over the city’s vast transportation network. He is the person who makes sure a ride appears when you order an Uber.

The company lost the battle over the cap. Now Maredia is leading Uber through a moment of crisis as it faces pressure to keep growing and criticism over how it treats its drivers.

Maredia, 35, who was born in India and grew up in Texas, is an immigrant success story. But Uber has been accused of exploiting a largely immigrant workforce.

Two recent incidents in New York have also drawn negative attention to Uber — a driver was charged in October with kidnapping a female passenger and another driver killed himself in September, part of a series of driver suicides that have focused attention on the economic despair in the industry.

Maredia said Uber was improving safety, with a new emergency button in the app that connects directly with 911, and that it was not clear if the driver’s suicide was related to his job.

New York is Uber’s largest North American market, where it collects $2 billion in revenue from passenger fares each year, of which it keeps an estimated $375 million in commissions and fees, according to a study this year by two prominent economists. The city is key to the company’s success as Uber moves toward an initial public offering next year, at a value as high as $120 billion.

Despite Uber’s defeat on the cap bill, Maredia said he was proud of the company’s approach — a stark departure from its nasty battle with Mayor Bill de Blasio in 2015, when the mayor first proposed a cap. Uber attacked the mayor, even adding a “de Blasio view” in the app that showed long wait times.

Maredia’s less antagonistic tone is by design. He is part of a global rebranding effort to create a kinder Uber after an onslaught of negative headlines.

He is emphatic in disputing one frequent line of attack — the idea that Uber abuses its drivers. He argued that the company has actually improved the industry because drivers can choose the hours they work and have options besides leasing a vehicle from a predatory yellow taxi owner.

“We are giving drivers more flexibility and control, so that they can work around their lives and their priorities — none of which was available a decade ago,” he said.

At the same time, one of Uber’s strongest arguments is that it serves black New Yorkers who have long complained about discrimination by the taxi industry. Uber has relied on the Rev. Al Sharpton to help make that case.

Some argue that Uber’s tactics aimed at courting minorities seem like “astroturfing,” an effort that appears grassroots but has actually been orchestrated by a wealthy corporation. Uber has donated to Sharpton’s National Action Network, though the company notes that it gives to other local groups, including Mothers Against Drunk Driving and the New York Bangladesh Cricket League.

Still, Uber’s image has been battered. Some New Yorkers have deleted the app. Taxi drivers say their business has been decimated by Uber. Uber drivers say they are also suffering and earn dismal wages after the company takes its cut. The city is moving to address those concerns by setting a minimum pay rate for drivers who work for Uber and other apps.

“The past year there’s been an unprecedented crisis for drivers in New York City,” she said. “Uber’s business model never seemed to budge — it never seemed to change to make life easier for them.”

— A Powerful Role at Uber In July, Maredia logged his first major television interview to discuss the cap — and had to run by his apartment on the Upper West Side before taping to shave and grab a suit because he rarely wears one.

From his office in an old freight warehouse so close to the Hudson River that you practically have to take an Uber to get there, Maredia oversees a vast ride-hail empire covering a slice of the country from Philadelphia to Boston.

His most important market is New York, where nearly 75,000 people drive for Uber. If Uber drivers were classified as employees instead of independent contractors, Uber would be the largest for-profit private employer in New York City.

At a recent meeting with drivers in Queens, Maredia asked for feedback on a new driver app. One driver, Simplice Ngassaki, said he felt unappreciated. He had racked up driving violations and fines. And he said drivers deserve benefits like vacation time.

“At Uber, we are called partners, but honestly we’re partners when it’s good,” Ngassaki said. “You’re on your own if you got a problem.”

Maredia told him Uber could not offer benefits because drivers were not employees, but the company was working on a loyalty program to reward its best drivers with perks like free online courses and cash back at gas stations.

Part of Maredia’s job is solving logistical problems. When Uber learned it would not have good access to the U.S. Open in Queens this year, it warned its customers in the app that the subway might be a better option. The key, Maredia said, is making sure people have a good experience every time they call an Uber.

“We want to have the rider make the most informed choice, even if that choice is I should take the subway,” he said.

Maredia, who talks with drivers in Hindi and Urdu, began running Uber in New York last year after joining the company in 2014 to oversee operations in his hometown, Houston. His style is far different from his predecessor, Josh Mohrer, who was known for combative tactics. Mohrer once led a rally outside City Hall, arguing that de Blasio’s cap would kill jobs in an effort to protect taxi “medallion millionaires.”

Mohrer was investigated by Eric Schneiderman, the former New York Attorney General, for tracking a BuzzFeed reporter in 2014, using a tool in the Uber app called “God View.” It is the type of behavior Uber was criticized for and that culminated in the departure of its hard-charging founder, Travis Kalanick, last year.

Uber’s new chief executive, Dara Khosrowshahi, a former leader at Expedia who was born in Iran, has pledged to change the company’s culture. With Uber racing toward an IPO, Maredia insists that he was not under pressure to add riders at a rapid pace because Khosrowshahi had more long term goals for Uber.

“We’re trying to build a successful, sustainable business and build a company we can be proud of, not next year or the year after, but for many years down the road,” Maredia said.

— Uber at a Crossroads

A day after the City Council’s cap vote in August, Uber’s office in Chelsea did not give the impression of a company under siege. Young employees chatted over a free buffet lunch in the cafeteria — one perk they receive, along with a $300 monthly credit for Uber rides.

The cap was clearly a setback, but Maredia was already focused on how Uber could flourish under the new rules. He has a multipronged response: Uber will monitor service across the city for any decline in reliability and will appeal to the city’s taxi commission for more vehicle permits if that happens. (A loophole in the Council legislation allows the commission to approve more vehicles if there is a need for them in certain neighborhoods.)

Uber is also recruiting drivers from the livery and black car sectors — a pool of as many as 35,000 drivers — who are already licensed to drive for-hire vehicles but do not yet drive for the app.

During the cap debate, Maredia relied on Josh Gold, an Uber lobbyist who previously led de Blasio’s campaign for universal prekindergarten. But with Uber seeking to set a different tone, Gold was hamstrung in how hard he could push. In July, Gold joked on Twitter that the money the Council planned to spend on a study of the taxi industry could go toward fixing the crumbling subway. Corey Johnson, the City Council speaker, quickly shut him down.

“Your previous tweet is unprofessional, misleading and denigrating,” Johnson posted on Twitter, noting that Khosrowshahi had pledged to change the company’s tone. “Today’s rhetoric is at odds with what he has said publicly.”

In September, Gold was at City Hall for a Council hearing on several bills to help taxi drivers, trying to turn the conversation back to the subway. Wearing pink tennis shoes and a simple JanSport backpack, Gold hardly looked like a slick Wall Street power broker. But he will play a critical role for Uber as the city decides how to regulate the industry when the cap ends after one year.

Having Gold handle the politics allows Maredia to focus on growing the business, said Mohrer, the executive who once ran Uber in New York.

“That’s his primary goal,” Mohrer said of his successor, “and in that regard he’s killing it.”