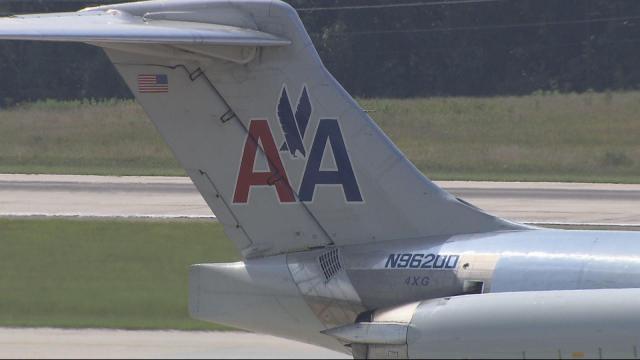 Charlotte, N.C. — An American Airlines flight from Raleigh to Texas was diverted to Charlotte Douglas International Airport early Tuesday due to a mechanical issue, officials from the airline said.

The aircraft, an MD80 with 98 passengers and a crew of five, safely taxied to the gate after landing in Charlotte.

"Our maintenance team is currently evaluating the aircraft. We apologize to our customers for the inconvenience and are working to get them to DFW as soon as possible," an American Airlines spokesperson said.