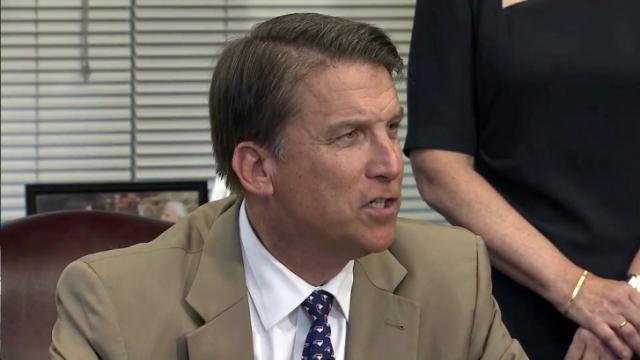 Raleigh, N.C. — Gov. Pat McCrory says he's likely to sign the coal ash cleanup bill lawmakers sent him on the last day of session, but he also suggested his administration could take state lawmakers to court over it.

McCrory made the comments in an interview with Tom Campbell on NC Spin this week.

McCrory said the bill's creation of an independent coal ash oversight commission, appointed by House and Senate leaders and the governor, blurs the separation of powers of different branches of the government – just one example, he added, among several such proposals lawmakers advanced this year.

"If those commissions start doing a bad job," he added, "there's no one in control."

Asked whether Duke Energy's shareholders or customers should pay for the clean up of the utility's 33 coal ash ponds around the state, the governor said that decision should be made by the state Utilities Commission.

"I think it'll end up being some sort of shared process, just like it is with nuclear power or any other type of power were dealing with. Right now, it's a shared process, by the way, even with solar power and other types of power which are subsidized," McCrory said.

On the topic of the economic incentives package voted down by the House last week after it was tied to other legislation, McCrory said he wasn't surprised it failed to pass.

"Frankly, I'm not upset at the House, even though I wanted the majority of the bill," the governor said, noting that he had criticized Democratic leaders for similar "Christmas tree" bills when they were in the majority.

"There were parts of the bill that had no relevance to the other part of the bill, and that's not the way you should do legislation," he said.

The full interview airs Sunday morning at 6:30 on WRAL.