McCrory signs on to brief in transgender bathroom suit 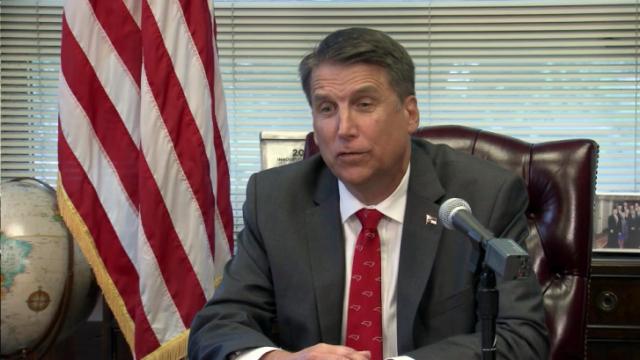 Raleigh, N.C. — Gov. Pat McCrory has joined a handful of other states and one other governor in support of a Virginia school district facing a discrimination lawsuit over the use of bathrooms by a transgender high school student.

South Carolina, West Virginia, Arizona and Mississippi, as well as the governors of North Carolina and Maine, filed their friend-of-the-court brief Monday with the 4th U.S.  Circuit Court of Appeals in G.G. vs. Gloucester County School Board. Attorneys for the group wrote that they "share an interest in maintaining control of their schools" and that they disagree the school system's bathroom policy violates federal Title IX discrimination laws.

As race for governor heats up, a change in tone for McCrory?

The Gloucester County School Board in late 2014 adopted a policy requiring students to use either private unisex bathrooms or those limited to their "corresponding biological genders." In response, the American Civil Liberties Union filed a discrimination suit on behalf of transgender student Gavin Grimm, who was born female but identifies and lives as a male. Grimm's case drew the support of the U.S. Department of Justice and the U.S. Department of Education.

McCrory last weekend asked Attorney General Roy Cooper, a potential Democratic challenger in the 2016 gubernatorial race, to join in on the brief on behalf of the state. When Cooper declined, McCrory said last week he would join it on his own.

“This attempt to centralize gender identity policies in schools at the federal level is another example of Washington encroaching on the local decision-making of the teachers and parents who know their students best,” McCrory said in a statement Tuesday. “The privacy and well-being of our students is paramount. Our local school districts and parents are best equipped to make decisions based on their own unique student populations."

"It’s shameful that Gov. McCrory has gone out of his way to launch a mean-spirited political attack on such vulnerable students," ACLU-NC's acting Executive Director Sarah Preston said in a statement last week. "Students who are transgender should be treated with respect and compassion – not discriminated against because of who they are."

Read the brief in G.G. vs. Gloucester Co. School Board