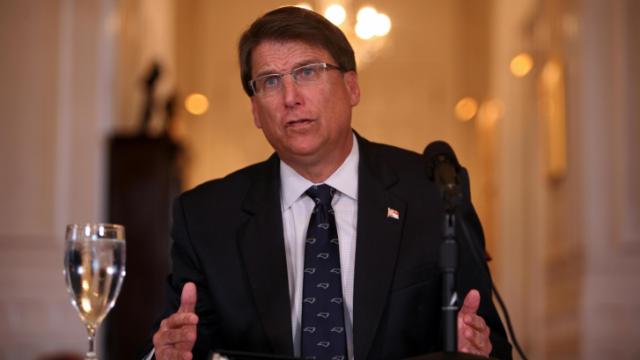 Gov. Pat McCrory says his staff will consider making changes to a new law that offers raises to top teachers who give up tenure rights.

Under the law, the current "career status" available to teachers with four or more years on the job will be phased out by 2018 and replaced with a plan that requires local school districts to pick the top 25-percent of teachers who will be offered four-year contracts and bonuses.

“I think it’s an example of passing a policy without clearly understanding the execution,” McCrory said.

Currently, North Carolina teachers who have "career status" can’t be dismissed without a specific due process.

Teachers are paid in part based on seniority – their years on the job. That pay scale is determined by the state legislature. Some local school systems augment the state allotment for teachers in their districts.

The new law eliminates tenure, or career status, by 2018.

Lawmakers asked districts this year to identify their top 25 percent of high-performing teachers and offer each a new four-year contract with a $500 annual salary increase. In exchange, those teachers lose the chance at tenure.

After the law is fully in effect, teachers with four or more years of experience would be considered "non-probationary," a protected status. To maintain that status, teachers must submit to yearly observation evaluations. If a teacher receives two years in a row of negative evaluations, he or she would become probationary and could be fired at will.

Durham public schools on Wednesday night voted to join Guilford County in a lawsuit to overturn the law. More than a dozen local school boards across the state have passed resolutions opposing the law, including Wake County this week. The North Carolina Association of Educators filed a separate lawsuit against the law in December.

Opponents of the law say cutting tenure and replacing it with a system that only rewards a small percentage of teachers discourages collaboration among educators and undermines public education.

McCrory says his staff will review the impact of the law between now and the short session in May.

Reema Khrais is the 2014 Fletcher Fellow focused on Education Policy Reporting. The Fletcher Fellowship is a partnership between WUNC
and UNC’s School of Journalism and Mass Communication funded in part by the Fletcher Foundation.