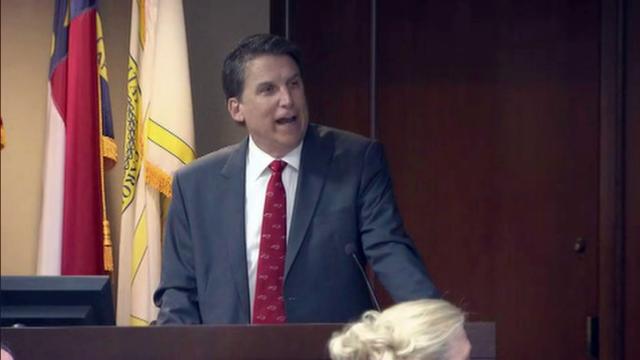 Speaking to the board, which oversees the University of North Carolina system, along with his chief of staff, Thomas Stith, and others from a committee assigned to develop recommendations on growing businesses, McCrory said his aim was to turn the Research Triangle area into an innovation center that rivals Boston and Silicon Valley.

While North Carolina has rebounded from the recession by many measures, job and wage growth has not kept pace with population growth. In speeches and public appearances earlier this year, the governor and other state leaders have focused on ways to stoke the state's economy.

When he spoke to a group of bankers and business leaders earlier this month, McCrory said he lacked tools to lure established companies to the state and foreshadowed requests for more incentives he may make of the legislature. The items he announced Friday morning appear to be a second part of what will eventually be a package of economic development recommendations to the General Assembly.

The steps that McCrory and others on his innovation committee ticked off Friday were aimed at growing new North Carolina companies rather than luring companies here. They included:

"I think there's a sense of urgency to this," McCrory said, noting that other states are taking similar steps.