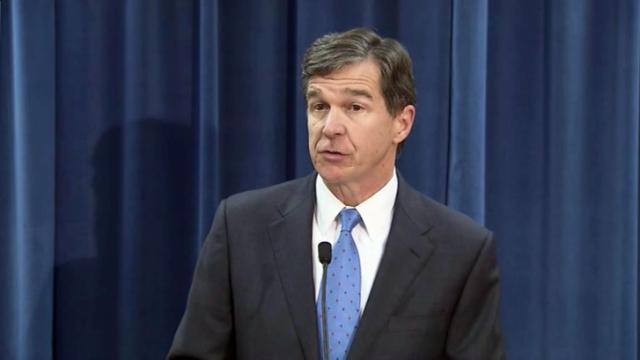 The lawsuit, which is being led Texas Attorney General and Gov.-elect Greg Abbott, seeks to invalidate a set of executive actions by Obama designed to allow some 5 million people in the United States illegally to stay without fear of deportation.

McCrory has already signed onto the suit, making North Carolina one of 17 states represented.

"I encourage support from our attorney general," McCrory said during a news conference Thursday.

Lt. Gov. Dan Forest sent a letter to Cooper Thursday asking that he step into the suit. While McCrory is already a party in his individual capacity, Cooper has the authority to make the state itself part of the suit.

"You have the authority to stand up for the people by joining this suit on behalf of North Carolina," Forest wrote. "To fail to do so would acquiesce to a constitutional violation that has the potential to harm all North Carolinians."

Noelle Tally, a spokeswoman for Cooper, said he would be responding to Forest's letter. Regarding the lawsuit, she could only say, "We're not part of it at this point."

Talley did say that Cooper first heard about the action Wednesday afternoon.

Whatever practical effects the lawsuit may have, it is also part of the swirl of partisan politics. Not only are Republicans using it to push back against Obama, but in North Carolina, they are using it to pressure Cooper, a Democrat who is widely expected to run for governor in 2016.

"Will Cooper take a stand, or will he stand on the sidelines as he has done in the past with the popular voter ID legislation or Amendment One?" North Carolina Republican Party Chairman Claude Pope said in a news release. "(It's) time for Cooper to make his positions known, not hide behind a cloak of inaction."