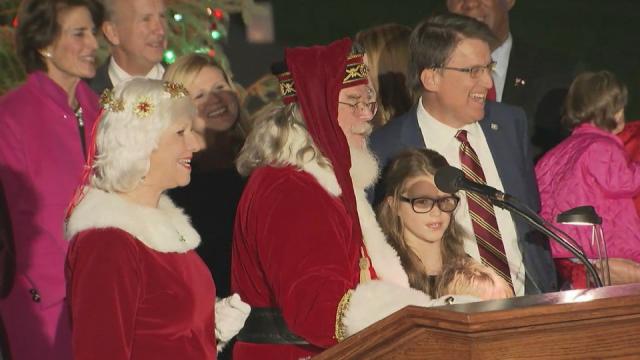 Raleigh, N.C. — Might Gov. Pat McCrory have sights on an election campaign other than his 2016 re-election run?

"Here's the Gov I was talking about in podcast as possible Trump VP: Gov Pat McCrory," Coulter said via Twitter earlier this week.

The comment was picked up by North Carolina's political Twitterati with a mix of bemusement by some and genuine excitement by others.

Others were less impressed.

Coulter was apparently picking up a thread she started earlier in the year, back when actual campaign news was distracting people.

But here in the pre-Yuletide doldrums, the renewed mention is enough to cause a stir.

So let's have it: Is McCrory ready to check out of NC for a shot at DC? To use the language of the season, McCrory's campaign says the idea is a bit of a humbug.

"The Governor is flattered but committed to making North Carolina a better place to live, work and raise a family," said Billy Constangy, McCrory's campaign manager.