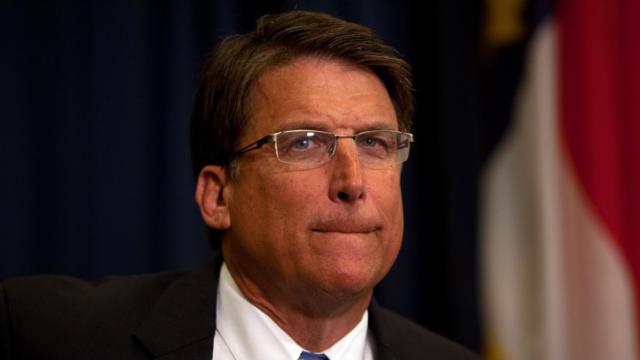 Raleigh, N.C. — Gov. Pat McCrory on Tuesday defended an executive order he signed this week that granted workplace protections against discrimination to a number of state workers but left out those who are gay, lesbian, bisexual and transgendered.

"Insisting on nondiscrimination will strengthen our state and demonstrate that we value diversity of thought and each of our citizens’ unique backgrounds," McCrory said in a news release announcing the order.

The order instructs state agencies that they must give an equal shot at hiring and may not discriminate against employees based on age, gender, religion and other factors. However it leaves off LGBT workers, which prompted criticism from Equality North Carolina, an equal rights group.

"Any executive order ensuring 'equal opportunities' that excludes protections for gay and transgender North Carolinians not only flies in the face of fairness but also discourages fair-minded people from working for the state," said the group's director, Chris Sgro. "In turn, we insist that the governor revisit his views on equal employment opportunities to include protections for North Carolina's hardworking gay and transgender employees -- all of whom can currently be fired for reasons that have nothing to do with job performance. Until then, the governor's gesture toward inclusivity will be just that."

Asked about the groups criticism and why he left LGBT workers out of the order, McCrory said he was merely following the example set by previous governors.

"It does mirror federal regulation. It does mirror state law. And it does mirror the previous governors who have signed similar orders, including Gov. Perdue, Gov. Easley and Gov. Martin before me,"  McCrory said.

Pressed as to why gay and lesbian people were left out of that order, McCrory said, "It's my job to follow state law, and I will add that, as governor, I will not put up with any kind of discrimination. We deal with employees based upon their work performance and their work performance only. That's the type of policies I've exhibited as governor, and I will continue to exhibit those policies."

Jen Jones, communications and outreach director for Equality NC, pointed out that state law does protect LGBT students enrolled in K-12 schools against bullying and that recently President Barack Obama directed his staff to draft an executive order that prohibits discrimination against LGBT employees in the federal workforce or by federal contractors.

Regardless of what other governors have done, Jones said, McCrory should extend state protections now.

"This was a big missed opportunity," she said.

The flap over this order comes a week after a senior state House leader make remarks considered offensive to LGBT people as part of a debate that ultimately lead to protections for students enrolling in charter schools.