By Mark Binker and Tyler Dukes

Not only did the state Department of Health and Human Services, the agency for which Rudo works, put out a news release refuting his sworn statements, but McCrory Chief of Staff Thomas Stith issued a news release and then held a hastily arranged late-night news conference saying that Rudo was lying about a meeting in which the scientist says McCrory participated by phone.

"We don't know why Ken Rudo lied under oath, but the governor absolutely did not take part in or request this call or meeting, as he suggests," Stith said just after 9:15 p.m., speaking to television reporters in the rotunda of the historic State Capitol. Reporters for newspapers and wire services said over social media they were not notified of the news conference.

Rudo Tuesday night stood by his deposition, which included statements in which he suggested administration officials such as the state health director put homeowners at risk when the agency told them the presence of cancer-causing hexavalent chromium was not high enough to recommend not drinking well water.

"My deposition speaks for itself," he told WRAL News.

That document, which was attached to a federal court filing Tuesday, details Rudo's recollection of heading out on vacation only to be called back to Raleigh for a meeting at the governor's office. The deposition says McCrory called into that meeting for a few minutes, after which administration Communications Director Josh Ellis discussed with Rudo the wording of warning letters to well owners.

"It's not like we were on the phone for 20, 30 minutes. In my deposition, I said it was only a few minutes," Rudo recalled Tuesday night.

At the time, Rudo said he did not think much of the meeting other than it was unusual for a state scientist to be summoned to such a high-level affair. 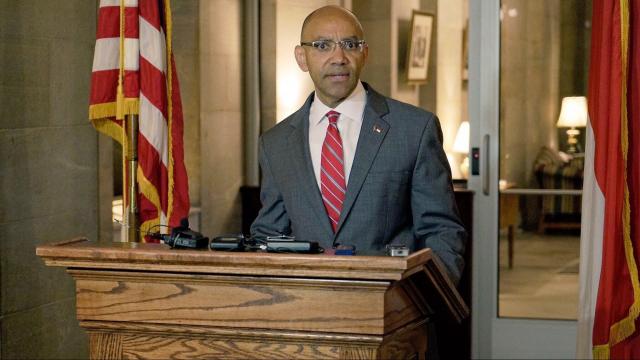 Coal ash has a long and complicated history in North Carolina but tracks its status as a front-and-center political issue to Feb. 2, 2014, when a shuttered Duke steam station spilled tons of the toxin-laced sludge into the Dan River. That focused attention not only on the existence of the pits but on a string of ongoing lawsuits in which environmental groups were pressing Duke to clean up coal ash ponds.

The McCrory administration was also involved in that litigation, by its own account pressing the company to clean up the ash pits. But environmentalists say the administration was running interference for the politically connected company, and they suggest that fact drags on McCrory, who was a long-time Duke employee.

Questions about whether ash that was mixed with water and stored in unlined basins could contaminate groundwater and surface water have been at the heart of many of the legal challenges brought by the environmental community, many of them led by the Southern Environmental Law Center.

Duke has insisted the evidence of contamination is not conclusive.

Nevertheless, the company helped bring three years of legal and legislative wrangling over how North Carolina would handle coal ash law to a close this summer by backing a bill that requires the company to provide permanent drinking water supplies to neighbors of many of its coal ash pits. Many of those neighbors are now relying on bottled water, provided at Duke's expense, rather than risk poisoning their families.

"The fact is, the state sent homeowners near the coal ash ponds all facts and safety information about drinking water," Stith said Tuesday night.

That echoes a statement provided by Kendra Gerlach, Department of Health and Human Services communications director, earlier in the day.

However, state officials have been far from clear in their communications with many well owners. After initially warning them not to drink potentially carcinogen-laced water in 2015, they doubled back and doubled back again this year, sending successive letters to some well owners about whether it was safe to drink their water, occasionally prodded by news reports that they had failed to follow through on promised notifications.

The conflict between Rudo's deposition and statements by Stith and Gerlach Tuesday are just as confusing. 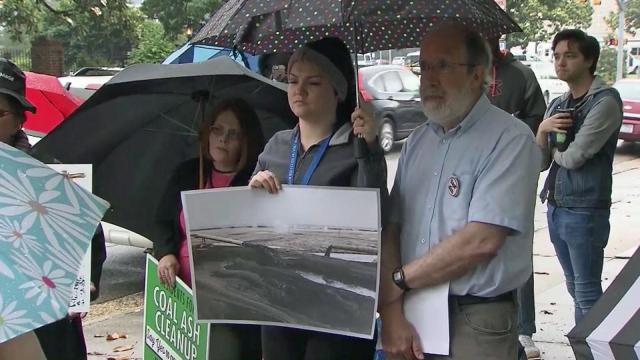 "We wanted to make it crystal clear, we're not going to stand by idly while individuals make false statements and lie under oath," Stith said, disputing Rudo's version of events.

Gerlach's statement read in part, "The Governor did not participate in that meeting, nor did he summon Ken Rudo. I was the one calling our public health officials, including Rudo. During my call with Rudo, he volunteered to come by, and I said yes. He then joined Josh Ellis and me in person to answer some of the questions being discussed."

Asked by WRAL News if she was saying that Rudo was lying under oath, or perhaps mistaken, Gerlach simply pointed to her statement. When asked the same question by The Associated Press, she reportedly said, "Absolutely not."

There seems to be no way that Gerlach's version of events and Rudo's can be the same. Reached by phone Tuesday night, Rudo recounted being called to a meeting in a recitation that tracked closely with his sworn deposition.

"Dr. Megan Davies, our section chief, was the person who called me and told me to go to this meeting at the governor's office. It wasn't voluntary. I was told to go," Rudo said.

A few minutes into that meeting, McCrory called Ellis' cellphone, he said.

"It wasn't on speakerphone, but you could hear him talking. And we were talking to Josh and I guess to him. But it was more him talking and making the suggestion on how we might want to explain contamination to the residents," Rudo recalled.

As part of her statement, Gerlach said that filing Rudo's statement in the open court record was "clearly a politically motivated attempt to manipulate and mislead the public by trial lawyers from an extreme left-wing environmental group, through the use of partially released depositions."

Rudo, for his part, says he is a Republican who voted for McCrory in 2012.

After making a statement at the Capitol, Stith took a few questions from reporters.

Asked whether he believed the administration put well owners' health at risk, he said, "I think the department has been very consistent and this administration's first priority has been the health and safety of our citizens. We have been been very deliberate in providing full information to the citizens and letting them know what risks exist and, quite frankly, what risks don't exist."

This has been a point of contention between DHHS scientists like Rudo and officials with the Department of Environmental Quality, who say Rudo and his colleagues were being too conservative in their approach. Rudo, who has worked for DHHS for nearly three decades, said in his testimony that DHHS has long erred on the side of issuing simple, cautious messages when it comes to potential contamination.

Asked why Rudo would potentially open himself to accusations of lying under oath, Stith said, "You will have to ask Mr. Rudo that, and candidly, it will be a court of law to determine if he has perjured himself. We're saying what he is saying is not true."

But Rudo insists he was using notes of the meeting when he gave his deposition and still retains those notes.

Asked if the administration had its own notes or other recordings of the meeting, McCrory spokesman Graham Wilson said he did not know if any such records exist.