Mayor, aldermen back in charge in Spring Lake but investigation into budget continues 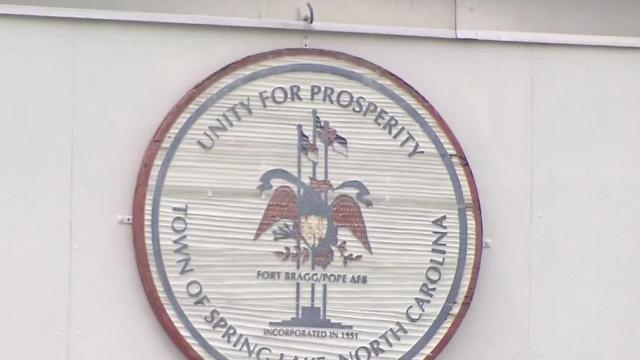 Spring Lake, N.C. — State Treasurer Dale Folwell said Tuesday that the elected leaders were back in charge in Spring Lake after a brief government shutdown, but the investigation into the town's finances continues.

Members of the state's Local Government Commission warned the town in June that they could face a state takeover after concerns over potential budget deficits, longstanding fiscal disarray and an investigation into missing money.

Spring Lake has an estimated budget deficit of $1.2 million, but the town's proposed budget funds only $285,000 of that shortfall, state officials said.

The commission seized control of the Wayne County town of Pikeville's finances in April.

Folwell said local government offices were shut down "for a number of days" so that the commission could collect and secure documents.

"It's never our desire to take over the finances of any town," he said. That job is to "figure out what's right and get it right and keep it right, on behalf of the citizens and the taxpayers."

“There’s no logistical reason this town should be in the shape that it’s in,” LGC Secretary Sharon Edmundson said in a statement, noting that Spring Lake has the highest municipal tax rate in Cumberland County, at 70 cents per $100 valuation.

“This town cannot afford to continue spending the way they have been spending," Edmundson said.

Troy McDuffie, who retired in May as Spring Lake's police chief, said town officials froze six positions in the police department – one-fifth of the force – and were discussing possible furloughs and salary cuts. He said the cuts jeopardized the safety of Spring Lake's 12,000 residents.

State Auditor Beth Wood, an LGC member, said leadership is lacking from the aldermen. She urged the commission to assume statutory control of the town’s finances.

“We are in there investigating and looking for missing money,” Wood said. “There’s a lot of things going on."