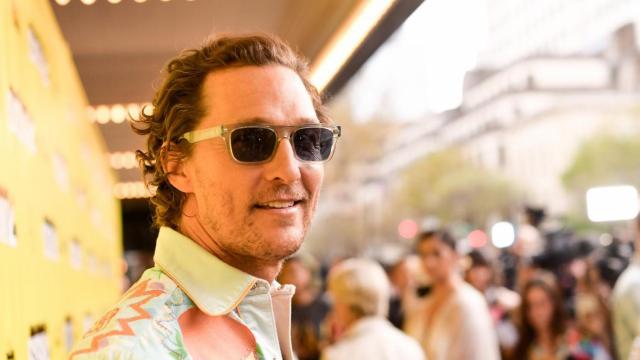 CNN — Matthew McConaughey is putting his barbecue skills to good use.

The team prepared an additional 800 dinners for local homeless shelters.

The outreach was part of the bourbon brand's annual charity campaign titled "With Thanks." This year, the company is partnering with Operation BBQ Relief to support first responders across the country. McConaughey is the creative director of Wild Turkey.

McConaughey and his team originally planned to be in Los Angeles for National First Responder's Day, hosting an event to honor those involved in last year's Woolsey Fires.

With the recent fires, that plan changed.

"Little did we know when planning this annual event that California, my second home, would once again be hit with devastating fires," McConaughey said in a statement. "We are grateful to be here today to say thank you, shine a light on their unwavering conviction, and hopefully inspire others to get involved and help in their own communities."

This isn't the only way McConaughey has given back recently. The veteran actor joined the faculty at the University of Texas in Austin earlier this year. He is an alumnus of the school, having graduated in 1993.