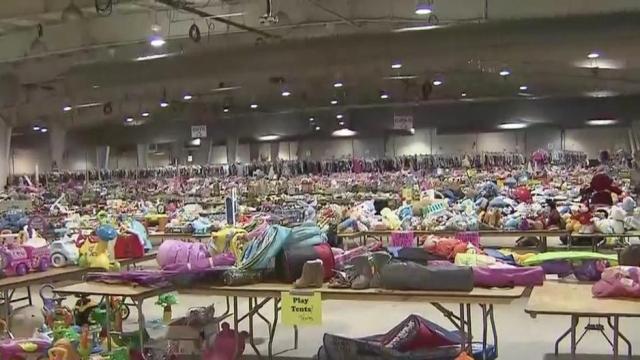 Raleigh, N.C. — The long-running Kids Exchange children's consignment sale announced late last week that it is canceling its September sale. The event, which stretches out across multiple buildings at the N.C. State Fairgrounds, features used children's clothing, toys and gear for less.

"We are so sad to let you all know that we are canceling the September Kids Exchange sale," the owners wrote in an email to shoppers, consignors and volunteers. "Due to the recent closure of the NC State fair, projections by the governor, and our recent poll, we have come to this decision."

North Carolina officials last week canceled the NC State Fair because of the ongoing COVID-19 pandemic. In a survey of fairgoers, according to the state, just a third said they would attend.

The Kids Exchange also polled its regulars and found, according to the sale's email, only 50% would shop at the upcoming event.

"Unfortunately, we cannot even pay the building rent with that number," the email said. "Also, we have had only a handful of people sign up to volunteer, when normally, the spots would be almost full by now. These two things, along with the severe restrictions limiting the number of people that the state will allow In the building, forced this decision."

The Kids Exchange isn't the first consignment sale to cancel. Divine Children's Show in Raleigh recently announced it wouldn't hold a fall sale. On Friday, Kidz Stuff Consignment Sale at Hayes Barton Baptist Church in Raleigh announced it also was canceling its fall/winter sale, which was planned for September.

"While it was a hard decision, we feel it is the right one for the safety of our church staff, volunteers, consignors and shoppers," the email from Kidz Stuff said.

Carolina Kids Consignment Sale in Johnston County also announced over the weekend that it was canceling its fall/winter sale.

"As we approach 15 years of consignment sales...this is something we have never had to do," organizers said in an email.

For now, the sales are planning to hold their twice-a-year events in 2021.