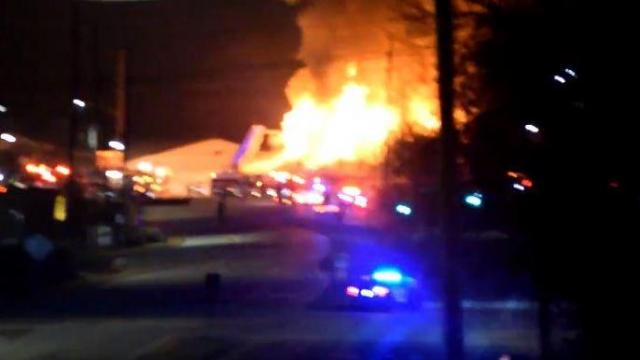 According to the Concord Fire Department, crews were called to the Concord Diner on U.S. Highway 29 around 5 a.m. after people called 911 to report they saw fire inside the building.

Video from the scene shows the building engulfed in flames with heavy smoke billowing out when firefighters arrived on the scene. The roof of the diner was destroyed by the flames. Officials said the building isn't a total loss but the damage is significant.

The fire marshal told WCNC Charlotte no one was inside at the time of the fire.

The cause remains under investigation.