Massive asteroid will swing by Earth after Valentine's Day 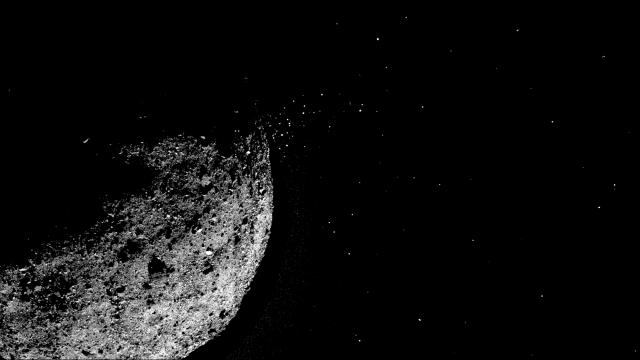 CNN — Not long after Valentine's Day ends, a massive asteroid estimated to be between 1,443 feet and 3,248 feet long will pass by Earth around 6:05 a.m. ET on Saturday. Based on the size range, it could be anywhere between the size of a suspension bridge to taller than a skyscraper.

But the experts at NASA's Center for Near Earth Object Studies say we're in no danger.

The asteroid will pass within 3,590,000 miles of Earth. That's 15 times the distance from Earth to the moon, according to NASA.

The asteroid, known as 2002 PZ39, has been tracked since its discovery in August 2002 and its orbit and trajectory are well known. Observations of this particular passing began by the Arecibo Observatory in Puerto Rico on February 11 and will continue through February 17.

The Minor Planet Center has classified 2002 PZ39 as a "Potentially Hazardous Asteroid," according to NASA. That's true of any object larger than 492 feet that approaches Earth within 4.6 million miles. But based on the asteroid's trajectory, it shouldn't come any closer than expected.

A few more asteroids, within the house to airplane-sized range, will also pass by Earth on Sunday and Monday, with the closest one coming within 1.4 million miles of Earth on Monday.

Coincidentally, Saturday marks the seventh anniversary since an asteroid entered Earth's atmosphere over Chelyabinsk, Russia in 2013. It exploded in the air, releasing 20 to 30 times more energy than that of the first atomic bombs and generating brightness greater than the sun. It damaged more than 7,000 buildings and injured more than 1,000 people. The shock wave broke windows 58 miles away.

In addition to tracking Near-Earth Objects that could pose a threat, NASA and other agencies currently have missions underway to study near-Earth asteroids and potentially mitigate the danger of a collision.

Knowing the size and orbit of an asteroid is the main battle, as this enables prediction Near-Earth Objects.

In a few years, the Large Synoptic Survey Telescope will come online and enable the discovery of tens of thousands of asteroids in orbits that could bring them closer to Earth, said Ed Lu, executive director of the Asteroid Institute and a former NASA astronaut.

"It's an exciting time for planetary defense because we are on the verge of an absolute flood of new observations that will allow us to track 10 times more asteroids than we've ever tracked before," Lu said. "In about two years, the LSST will turn on, and its discovery rate will be more than all the rest of the telescopes combined. In the first year, it will find tens of thousands of asteroids and be able to track them."

Missions like NASA's OSIRIS-REx and Japan's Hayabusa2 are exploring asteroids in our solar system and aim to return samples to Earth in the coming years. The Near-Earth Object Camera, called NEOCam, is characterizing near-Earth objects.

Other missions are also planned. NASA's DART, which stands for Double Asteroid Redirection Test, is a planetary defense test to prevent an asteroid from hitting Earth. DART, which has a launch window opening in July 2021, will visit a binary asteroid system where two asteroids orbit one another and aim to deflect a small asteroid.

DART will crash into a moonlet of near-Earth asteroid Didymos, that is comparable in size to an asteroid that could pose a threat.

The European Space Agency's complementary Hera mission will precisely measure how it changed the velocity of the larger asteroid and study DART's impact crater on the moonlet.