Raleigh, N.C. — Citing North Carolina's House Bill 2, pop rock band Maroon 5 has canceled its two shows in the state, according to a statement posted on the band's website Friday morning.

The band was scheduled to play a show at Time Warner Cable Arena in Charlotte on Sept. 11 and another at PNC Arena in Raleigh on Sept. 12.

"We have announced that we will be canceling our upcoming shows in Charlotte and Raleigh, North Carolina because of the recent passage of the HB2 legislation. This was a difficult decision for us to make as a band. We don’t want to penalize our fans in North Carolina by not performing for them, but in the end it comes down to what we feel is morally right as well feel everyone should be treated equally," the band wrote.

House Bill 2, which requires people to use public bathrooms that match their birth gender and excludes gay and transgender people from discrimination protections, has come under fire by corporations, celebrities and North Carolina cities. Bruce Springsteen 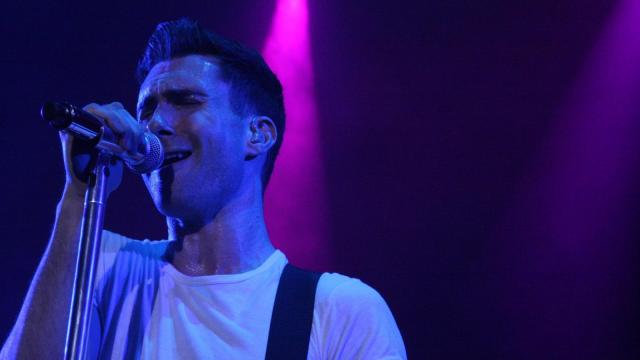 Tickets for the concerts will be refunded at point of purchase. Tickets purchased online and by phone will be automatically refunded.

"Hundreds of concerts have been successfully performed across North Carolina, including Beyoncé, over the past few weeks since the law passed," Diaz said in a statement. "We may never know why Maroon 5 waited until weeks later to make their political statement, but at this point, the only people they are hurting by hypocritically targeting North Carolina for selective outrage are their fans and the hard-working men and women servicing these shows while they keep tour dates overseas – even in Russia."

The band is not the first musical act to cancel a show in North Carolina over the law. Bruce Springsteen, Demi Lovato, Pearl Jam, violinist Itzhak Perlman and Boston, among others, have scrapped plans to come to the Tar Heel State, while others, including Cyndi Lauper, have donated proceeds from their shows to organizations supporting LGBT rights.

Grayson Currin, an editor for INDY Week, launched a effort called "North Carolina Needs You," that urges artists to donate to LGBT causes.

"There has been a sort of steady wave of bands who are looking at how they can use their concerts to help the people of North Carolina.