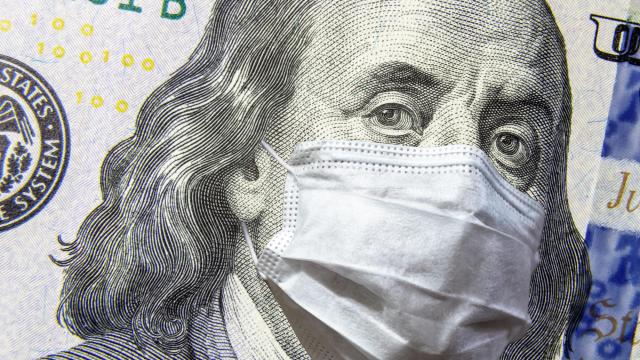 The economy ebbs and flows, and, unfortunately, is currently in a valley.

Throughout history, there have been periods of substantial growth and unforeseen downturns, like the one we are in now as the result of the COVID-19 pandemic that has swept the world.

When it comes to your finances and your retirement, it is best to prepare for the good times and the bad times, including unprecedented ones like these.

"It's human nature when you're scared or apprehensive to do nothing, like the phrase 'being scared stiff.' However, that's the worst thing to do in the financial world — to stay where you are, especially during times like these," D'Arruda said. "If you're frightened, scared or wondering if you're ever going to be able to survive, this is the best time to make a move."

A Market Correction Action Plan, also known as Market Recovery Action Plan, is a method of isolating emotions out of the financial and retirement planning process. D'Arruda said it is a way to keep people from making "the exact wrong decision at the exact wrong time."

"Many people have been wiped out in market crashes of the past by letting emotions overrule logic," he said. "That's why we call it a Market Correction Action Plan or a Market Recovery Action Plan, because when the market starts to recover, we want people to be in a position to capture gains and not give them back. The secret to making money is not making money. It's not giving it back."

Inside the MCAP is a process called "Core and Explore." This enables someone to have the proper allocation of their money tied to the market in a way that eliminates emotions. This is done by identifying the amount of money one would like for future retirement income and placing it into a Core account, in addition to utilizing financial instruments available in the world today that are beneficial for long-term, lifetime success.

Inside the Core account is something D'Arruda calls the Advance-and-Protect Strategy. Essentially, this means when a person gets a gain into the Core account, it locks the gain in and you never have to give the gain back.

"That's what has so many people in trouble here with this latest market crash. They had big gains on paper, only to lose all the money when the market crashed. That's why I say, if you're in the market, you're not up until you're out," D'Arruda said.

"We 'solve for income.' By utilizing the Core-and-Explore process, we put the amount of money needed to generate a lifetime of insured income into a person's Core accounts, which are not tied to the downward pull of the markets and will always be there for income," D'Arruda continued. "Then we take the 'leftover money' and put it in the Explore accounts, which have the potential to generate lots of returns but could also lose money, depending on the market. The great thing about utilizing the Explore accounts inside a Core-and-Explore plan is that when markets tank or go down, you aren't overly motivated to panic or change anything because your Core accounts are fine and safe. This makes it less likely that a person will make dumb financial decisions caused by fear or emotions."

MCAPs essentially help you prepare for the worst and the best case scenarios, creating two pots of income. One that is not tied to the market, which will always be there for you and your financial needs regardless of the economy's status, and the other, which is tied to the market, to draw from when the market is doing well and profitable.

"In your Core account, we put money into an insured account that can't lose, but shares in the gain of the market. However, if the market goes down, it doesn't share in the losses," D'Arruda said.

"A Market Correction Action Plan is taking into account market volatility and loss, and actually using the fluctuation in your favor," said Parker Holland, a chief wealth strategist at Capital Financial USA. "Knowing that your plan adequately prepares for market variation gives you peace of mind. No one knows when the market will rise and fall, but a true MCAP assumes the worst case scenario and provides a fail safe. Market volatility should not change your retirement date, your retirement income or anything of that sort."

D'Arruda advises people not to "wait" until the market fully recovers to get their plans in place, because any minute you wait is one more minute you're putting yourself in jeopardy.

"It's very important that people make a plan now, because we have no idea if the market will recover," he said. "A lot of people say, 'Well, I'm going to wait for the market to recover to get a new financial plan.' Why would you do that? Because if you're in the same plan that got you in the position that you are in now, don't you think it might happen again in the future? Rather than sitting at home and having another glass of wine during the quarantine, let's get you the right plan in place. There are no more excuses — procrastination has killed more retirement plans than going to Vegas."