Mark your calendars: Bulls to host Fan Fest next weekend 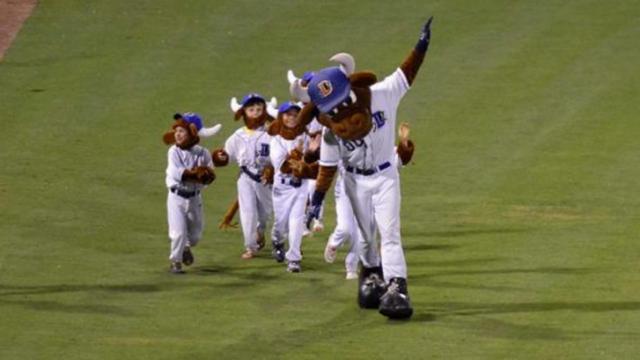 Baseball season is winding down, but Durham Bulls fans can get out on the field during the team's annual Fall Fan Fest this month.

The event from 10 a.m. to 1 p.m., Saturday, Oct. 18, at the Durham Bulls Athletic Park, gives visitors a chance to get autographs from Tampa Bay Rays outfielder Jerry Sands, a Smithfield native, and take batting practice and play catch on the field.

Fan Fest is free with the donation of three canned food items, which will go to the Food Bank of Central and Eastern North Carolina. Fans also will be entered into a raffle to win a trick-or-treat outing with Wool E. Bull that involves the team's mascot accompanying the winning family on a Halloween trip through their neighborhood, according to a press release.

Sands, who was in 54 games with the Bulls this past season before moving up to Tampa Bay in June, will be signing autographs in the PNC Triangle Club from 10 a.m. to 11:30 a.m.

The Ballpark Corner Store also will host a yard sale with merchandise marked down as much as 50 percent. Game worn jerseys, pants and helmets will be on sale, along with other items. There also is a special offer for fans who buy a 2015 full or half season ticket plan during the event.