MARK JURKOWITZ: Burr promises to point out discrepancies between news coverage and facts 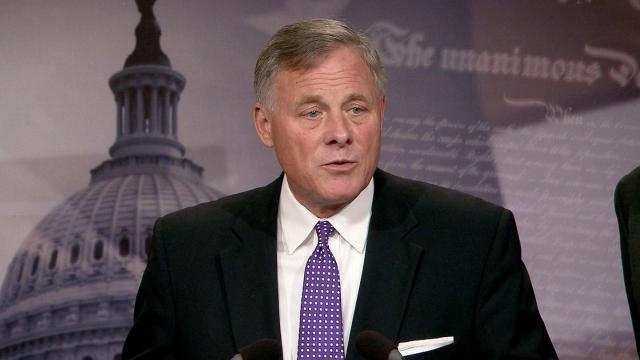 EDITOR'S NOTE: Mark Jurkowitz is the owner of the Outer Banks Sentinel, and a former media reporter for both the Boston Phoenix and Boston Globe newspapers.

Sen. Richard Burr isn’t offering many hints about what his Senate Intelligence Committee is learning as it investigates the explosive charges of Russian meddling in the 2016 U.S. elections and possible collusion between a political campaign and Vladimir Putin’s regime.

But Burr does suggest those findings will point a finger in at least one direction — at the nation’s news media.

In a recent interview with the Outer Banks Sentinel, the North Carolina Republican made it clear that he is not going to take the advice, embedded in a tweet from President Donald Trump, to investigate the “Fake News Networks.” But he says he thinks some journalists will be embarrassed, if not necessarily chastened, when his committee concludes its work.

“I will make sure, at the end of the day, I will point out the discrepancies,” between the news coverage and the facts that “have happened over the course of this investigation,” he vowed, while characterizing the media as “playing politics.”

He also predicted that when the big social media companies, like Facebook, Twitter and Alphabet come before the Senate Intelligence Committee: “You will see the most glaring differences between what has been covered as fact and what I’ve now pieced together from documents that have been provided by the social media platforms.”

Burr’s clear skepticism includes his observation of the news media’s coverage of his committee’s investigation. “The most common last name for a source today is ‘anonymous,’” he said. (For the record, he also acknowledged his inability to completely plug leaks coming out of his own operation.)

As someone who had covered the news media for more than two decades, I intuitively know that some of Burr’s statements have a ring of truth.

I recall a statistic to the affect that a large portion of people — up around 50 percent — who have personal knowledge of a situation that generates news coverage end up saying that coverage was inaccurate. We can rest assured that Richard Burr knows a lot more about the Russia investigation than we do – and that’s why reporters hang on his every word on the subject.

And yes, there is no escaping the fact that the news industry is a flawed and imperfect institution. As are all our institutions.

When it comes to flaws, journalists can be sloppy, even lazy and sometimes overly susceptible to being influenced by what the rest of the media pack is doing. The problem of “pack journalism” is particularly acute in an era of instantaneous cable and online media “hot takes” and when journalistic standards vary dramatically among different news outlets.

This summer’s resignation of three CNN journalists after they produced a story – later retracted -- about the Russia investigation is “Exhibit A” in media malpractice say several critics of the press, including most notably, supporters of a president who has made warring against the media a major priority.

Of course this view often overlooks outstanding hard work by a number of news organizations and the significant enterprise journalism on the Russia story and the White House that has shined a light through layers of fog, obfuscation and falsehood.

Media bashing, often accompanied by sweeping allegations of pernicious bias, can be very tempting. It’s a well-worn page from the political playbook that aggrieved politicians of both parties have all-too-often resorted to.

Fanning those flames is a popular proposition. When the Pew Research Center polled people a few years ago, 65% of Republicans, 60% of Independents and 51% of Democrats said they detected bias in media reporting. Part of that troubling sentiment is indeed attributable to the proliferation – with the rise of cable news, the internet and social media -- of ideological media outlets. And some is attributable to our increasingly polarized politics.

Undoubtedly, Burr has shaken his head in wonderment at some of the things that have been written or spoken about his committee’s investigation. It’s fair play, and instructive, to point some of that out in his committee’s final report.

But whatever the findings of that committee, any serious effort at media shaming and blaming is a cynical diversion that merely turns up the heat, without shedding any light, on the chilling matter of Russia’s interference with our democracy.