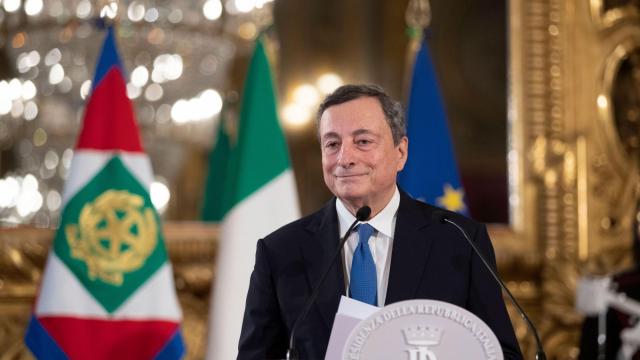 CNN — Italy's next government has taken shape, after Mario Draghi was named Prime Minister and announced a cabinet selected from across the country's political spectrum.

Draghi, a prominent economist, accepted the top role on Friday and later that day read out a list of ministerial picks designed to create buy-in among political parties that have battled on practically every topic. However, many in Italy will be disappointed by the lack of women — of the 23 names, only eight are women.

Daniele Franco, the current director-general of the Bank of Italy who belongs to no political party, has been tapped as the new Finance minister.

Three ministers belong to Go Italy, the party of former media tycoon Silvio Berlusconi. Another three are from the The League, the right wing party lead by Matteo Salvini who has in the past strenuously declared himself anti-immigrant and anti-European.

In a TV interview, Salvini explained his participation in Draghi's government. "Italians ask me to solve problems, even if this means working alongside people with whom I did not get along," he said.

Draghi himself belongs to no political party. A former European Central Bank chief, he won the moniker "Super Mario" for saving the euro during Europe's sovereign debt crisis, and will likely work closely with Franco, his finance minister, to prepare a reforms plan for Italy that will allow it to obtain 209 billion euro from the European recovery found.

He succeeds former Prime Minister Giuseppe Conte, who lost his governing majority in the Senate over frustrations with the government's management of the Covid-19 pandemic and attendant economic recession.

Draghi's ministers will need to formally swear in on Saturday before the new government will start to fully function, and will face votes of confidence in parliament the following week.

All Italian political parties, apart from the right-wing party Brothers of Italy, have said they will support the new government.